I could post hundreds of pictures of beautiful buildings in Milan, but to finish the long weekend subject, here's a few pictures of the Basilica of Sant'Ambrogio. 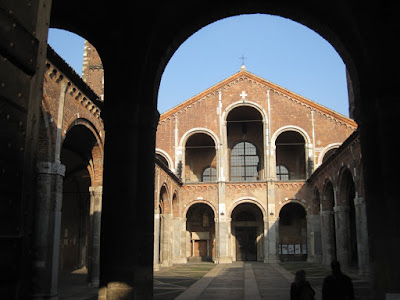 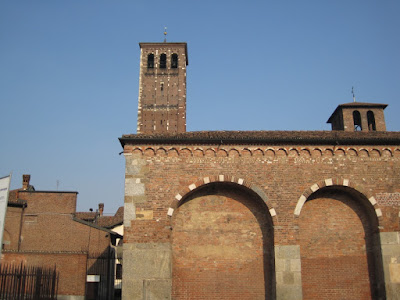 To avoid boring the pants off you all, I have omitted the Chinese New Year/Twinning parade, the cute Sunday lunchtime restaurant, the free concert by the pianist Laszlo Borbely, and the Castle Sforzesco.
Posted by Mark In Mayenne at 23:13 1 comment:

The centre of Milan is dominated by the cathedral. It stands in a large square a little way apart from the surrounding buildings, but it is crowded a little by them. Astonishing masonry, magnificent marble facades. You can go up on the roof, accessed by stairs (not too difficult) or a lift, where you can get a wonderful view of the symmetry of the architecture. 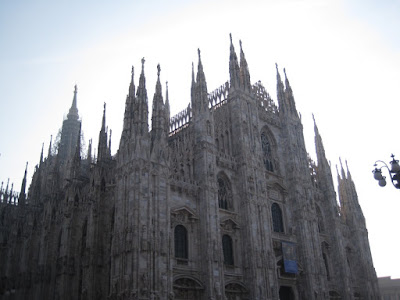 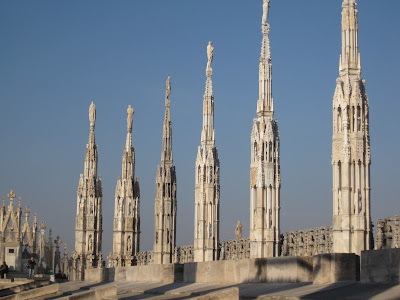 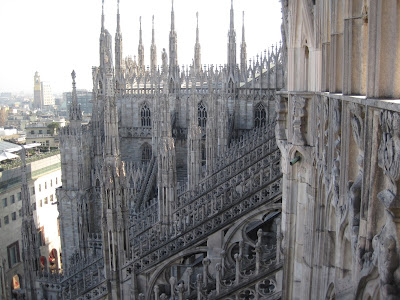 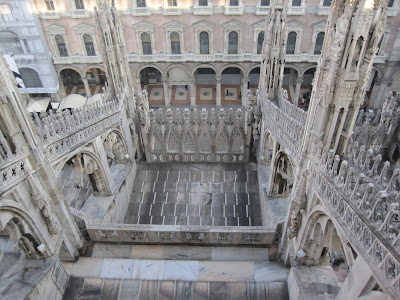 We had a long weekend in Milan recently. Transport was easy, at least in theory; a TGV from Le Mans with a change in Paris takes you directly to Milan Central Station. In practice, there was a bus for the last hour or so on the way out, but we arrived only about 15 minutes late.

Here is a tip if you are on a TGV and need to cross Paris by the Metro: don't buy your metro tickets on the TGV. It sounds like a good idea for saving time, but the tickets cost more and don't work. So when you get to the metro, instead of buying your tickets quickly at a machine, you have to queue up to talk to a real person, who tells you not to buy your tickets on the TGV because they cost more and don't work.

If you visit Milan, you must see the cathedral. Some pics of this in a later post, but first, the shopping centre Galleria Vittorio Emanuela II that backs onto the cathedral square. I liked its collection of classic brand name shops and comfortable atmosphere. It has a fine DVD and CD shop; I browsed for ages. The arcade is laid out in a cross, and the central junction features four fine brands: 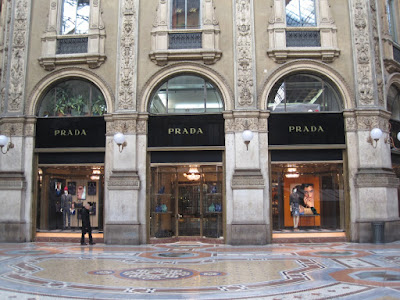 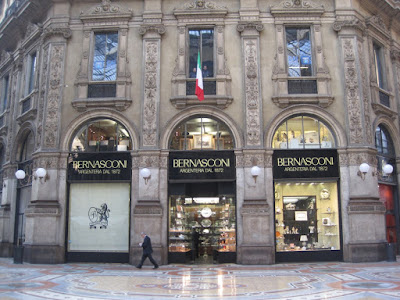 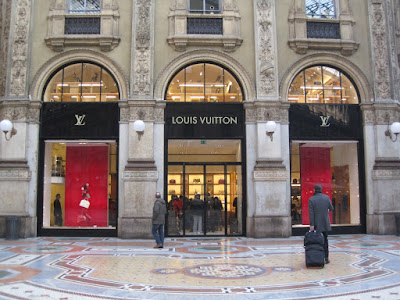 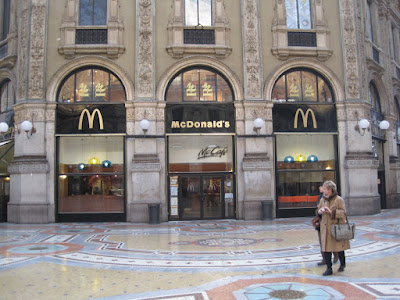 I can indulge in a wry smile at the juxtaposition of the Golden Arches alongside prestige brands, but there is something to be said for Macdonald's. On the Saturday morning, being left to my own devices, I indulged in an English Language newspaper and read it in a café on the cathedral square. At lunchtime I was too lazy to walk the 100 yards to the Macdonald's and settled for the burgers and chips as offered by the café. They would have shamed a down-market greasy spoon. I wouldn't say I'm a fan of Macdonald's, but I do think they deserve some respect.
Posted by Mark In Mayenne at 07:56 4 comments: 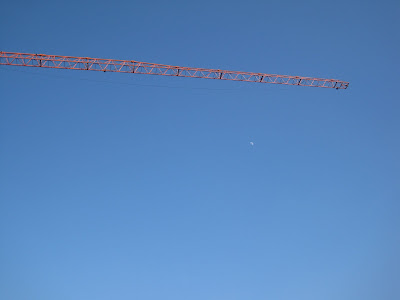 I have memories from before I was born. The earliest is my first recollection of consciousness.

Have you ever been in the countryside, and suddenly heard distant church bells? And when you heard them, you realise that there were several peals *before* the one you actually heard, that you are hearing now, in retrospect?

Well, it was like that. I woke up, and at the same time I realised I had been awake before. And also that because I could remember having been awake before, there was a connection between these states of wakefulness, and that connection was me. Wow! I existed!

Now as every good scientist knows, people can't remember that far back, so clearly this is a false or manufactured memory. This is convenient, because if it were a true memory, it would give the lie to the belief that consciousness requires language, since it would mean that I was conscious before having any language. And it's helpful too because you can treat animals like automata, since, although they clearly react to pain, they don't actually *feel* it in any conscious way, having no language. Dead handy for experiments.

And everyone knows that rocks don't fall from the sky, either.
Posted by Mark In Mayenne at 12:11 1 comment: 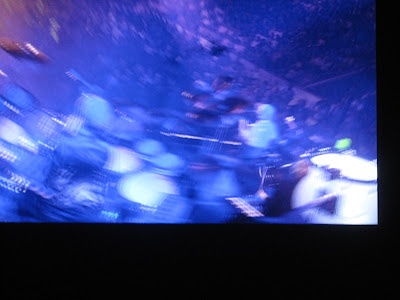 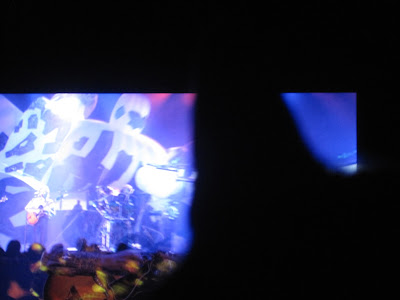 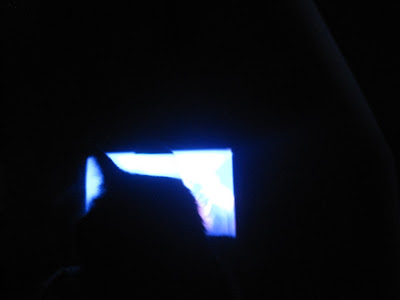 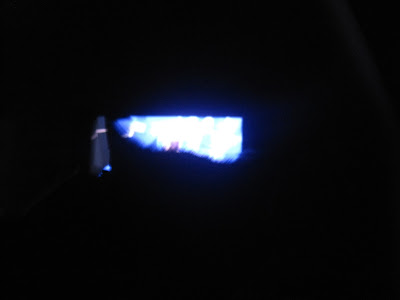