We continue our house-hunting efforts, looking for our retirement home, in the hope that we will sell our current place in the next five years or so.   We went to see an ex-watermill not far from a small village called Préau.  It comprises four buildings that were rebuilt  about 40 years ago,  two of them in columbage, which is unusual for the Mayenne.  They are really very pretty. 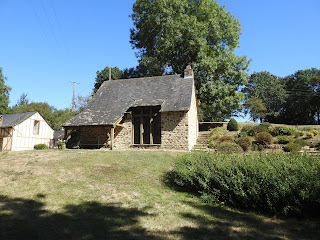 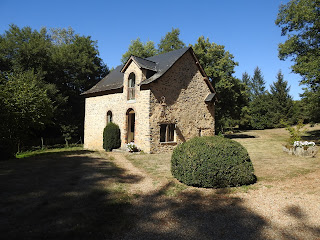 The river, however is a disaster, and any energy-generating potential it had has been destroyed (although it could of course, in principle, be rebuilt).  The excuse is increased health of fish life in the river, which argument seems scientifically doubtful, but the reason, I suspect, is that the state wants to claim the right to generate electricity, in, say, 30 years' time. 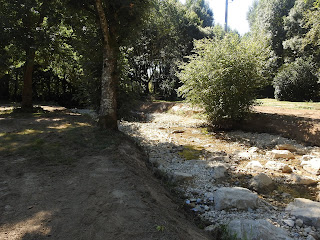 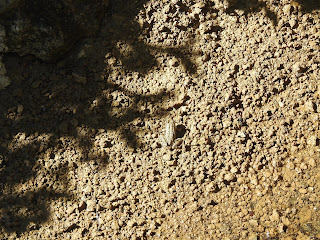 There are four buildings in all; the main house, two independent dwellings (one with a kitchen) and a shed, plus ten hectares of managed forest.  Although the buildings are beautiful, in the end we reckon that three separate living spaces isn't going to suit our lifestyle as we get older. 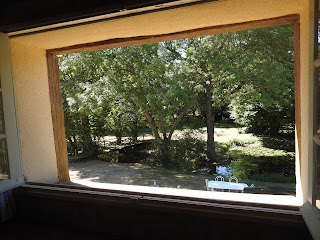 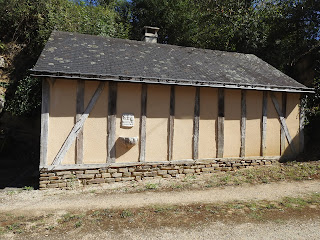 I'm not sure that the english translation of the french is quite as reassuring as it's supposed to be.  (Click to enlarge) 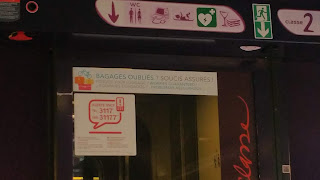 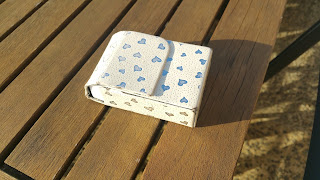 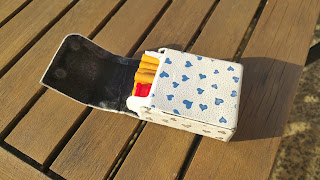 We had a family group in the gîte this weekend, and the smokers all had the same design of fag case, but with different-coloured hearts.   Ah yes, perhaps it's supposed to remind us of heart disease.

Posted by Mark In Mayenne at 01:09 No comments:

About a week ago, the cat didn't come in in the morning.  This is unusual; he is a creature of habit.  Normally, he comes in, eats breakfast then sleeps in the warm bedroom until lunchtime, when he comes down for lunch.  He then sleeps the afternoon off in the conservatory, since that is now the warmest room in the house.  He goes out in the evening to prowl (and fight).

He didn't come in for lunch either, nor in the evening.  Most unusual.  Search parties were sent out.  Cats when they are injured will often hide themselves under a bush until they die or get better.  So another evening search was undertaken just before bedtime; and this time the calls to the cat were answered by a meow coming from under a hedge outside our bottom gate.  After a few exchanges of cat-calls, he presented himself, tail between his legs.

Injured tail.  He couldn't lift it up, it was clearly painful to move it.  He couldn't easily sit down because that lifted the tail, so he tended to flop down sideways and curl the tail around himself.   An x-ray at the vet's showed nothing broken, but over the next few days it became clear that he had no sensation in the tip of the tail, and the tail was becoming rigid as it died.

A second trip to the vet resulted in a shaved tail revealing broken skin along its length.  It looks like he has pulled it and scraped it, and the nerve broke at some point.   He's having it snipped today.  Here is a photo of him with full-length tail.  I will spare him the indignity of publishing a picture of what he looks like at the moment. 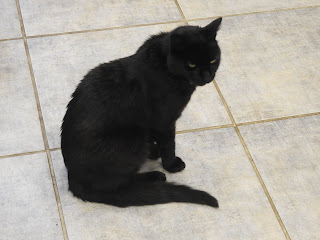