A bright and crisp autumnal day, so an opportunity to walk around the lake at the Gue de Selle. 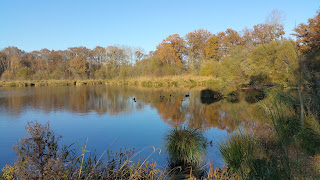 The petrol pumps at our local supermarket have been upgraded.  There is now a button that you can press on the diesel pump to give a fast delivery.   You unhook the nozzle, press the button and you get diesel at the super-fast rate of 5 metres cubed per hour.

This is handy to know if you need to fill a 5 metre-cubed fuel tank; you can do it in an hour.  Or even a one metre-cubed one; you can fill it in 12 minutes.  The time to fill a normal car fuel tank of capacity say, about 80 litres needs a bit of calculation.   I hope you have a calculator handy. 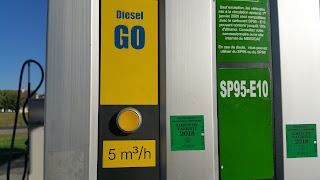 A posted delivery rate of 1.4 litres/sec would be helpful;  7 seconds for 10 litres might be even better.  But 5m per hour is useless.
Posted by Mark In Mayenne at 11:12 1 comment:

I had not come across the word dystonia until August of this year.  I was at a flute course/holiday when our tutor (Philippa Davies, an amazing flute player and lovely person) discussed the symptoms of one of her colleagues, and I was forced to observe "that sounds like what I've got".

It started when I noticed that certain of my scales on the flute were no longer regular, as in regular as clockwork, that is, with the notes evenly spaced in time.  The problem was in moving from A to G going down the scale, which is achieved by the fourth finger of the left had pressing down the G key to cover the A hole.  (No jokes please).  The fourth finger, instead of just going down onto the key, was going up before going down, and I was completely unaware of this.

No problem, thinks I, a couple of weeks of careful practice in front of a mirror so that I can see what's going on, and all will be fixed.  Well I got the finger doing the right thing, but since then, my left hand stiffens up when asked to do certain specific actions, which results in incorrect rhythms and wrong notes.

After discussions with my doctor, other flute players and a pianist who has suffered a similar problem, I went to see a neurologist in Paris.  A lovely guy, a New Zealander, specialist in musicians' problems, and he confirmed I have a focal dystonia.  Basically this means I have to reset certain aspects of my playing technique from zero; correction takes a long time.  Researching online finds, for example, a guitarist who claims to have emerged completely from the problem, after 7,000 hours of practice. 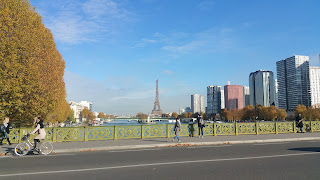 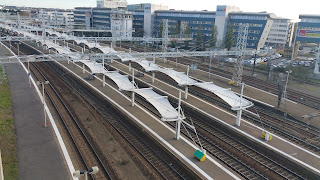 This could be a problem, given that 7,000 hours represents about 20 years at an hour per day which is my usual rate of practice, and I'm 61.  I might have to re-think my participation in various activites to ensure that I'm only involved in things that I can actually do.
Posted by Mark In Mayenne at 00:32 3 comments: 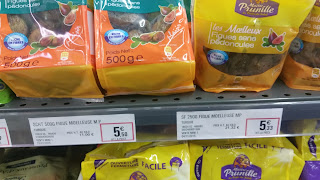 For the last couple of years, at about this time, there has been a small plant swap event at Sainte- Suzanne.  Having nothing else to do of any urgency this Sunday, I went to have a look.

The weather was not kind.  November is a good time for transplanting plants, but poor weather-wise.  It was drizzling when I set off, and when I arrived at the huddled tents, the heavens opened and the wind blew.   The tents were kept in place only by people hanging on to the legs.  Later, rocks were found to hold them down.

I sheltered under the coffee tent since it seemed the best bet from a comfort point of view, and the coffee was free.  The hot soup was free too, but it was a bit early in the day for that.

You didn't have to bring plants to swap; it was really a plant give-away, with people bringing spare things from the garden.  I came away with some seeds of large sunflowers, (4m high, the guy promised me)  and something I was assured was an edible veg, a bit like spinach.  Plus a raspberry plant that makes orange fruit - I am hoping the birds will leave it alone; they devastate the red ones. 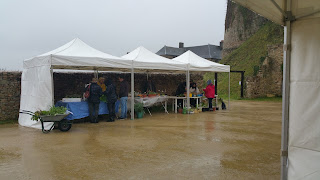 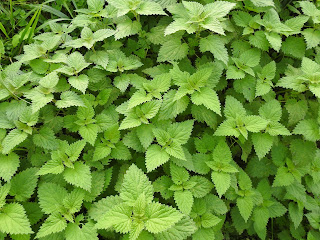 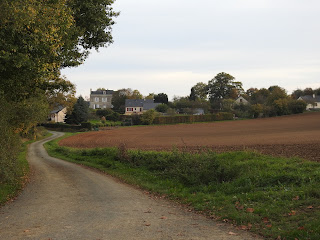 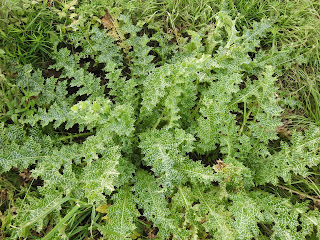 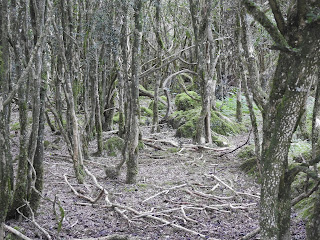 On the safety of Elves, and protection from lawyers

I have a big garden so I do a lot of gardenng.  This would be hard on the hands if I didn't wear protective gloves of some kind.  And the gloves tend to wear out quickly; I get through a couple of pairs per year.

The best ones I have tried are branded Stihl.  With bright orange highlights, they are easy to spot if I take them off and leave them lying around somewhere, and being made of a soft leather, they are tough and flexible.  I had occasion to buy another pair yesterday.  They are described as "Protective gloves for chain saw users".

They came with an 83-page booklet in 26 languages.  Including helpful information to the effect that if you get petrol, oil, grease or anything else that might burn on the gloves, take them off because there's a fire hazard. 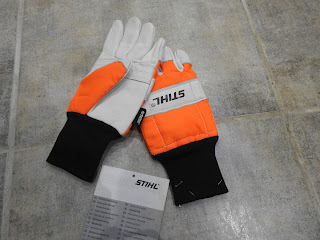 It's a wonder that all clothing doesn't come with such a warning, really.
Posted by Mark In Mayenne at 01:09 3 comments: