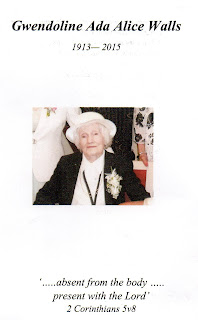 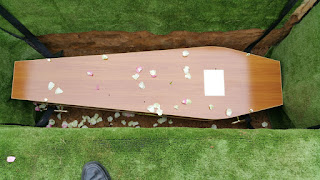 Our soft fruit harvests have been variable year-on-year, but this year we are having a good crop of raspberries.

The strawberries and gooseberries are ripe in late Spring.  The first year we got a fabulous crop, with even more smaller crops of strawberries later on, around August/September.   We also got a good blackcurrant crop.

The year after, the strawberry harvest was pathetic, as was the gooseberry crop but we got good blackcurrants.  It took me a while to work out the problem with the strawberries and gooseberries, but what was happening was the blackbirds were eating them.   At this time I planted the raspberries.

This year, the birds discovered the blackcurrants as well, so I have complete crop failure on three fronts.  I can see that some serious netting is going to be needed.

However, now is the time for the raspberries, and we have a good number this year, plenty to fill a few bowls, add some cream, and make a nice healthy, high fat dessert.  I think the blackbirds must have gone elsewhere. 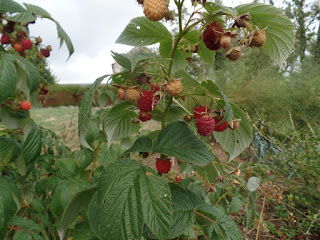 In France, if you have been had, they say you have been rolled in the flour, (se faire rouler dans la farine) or simply rolled.  One of the many phrases for getting stitched up in the UK is getting hosed, which seems to me especially appropriate in the case of hose licences.  I could never class as anything but fraud, that an outfit can charge you a fee, a "licence" for having and using a hose, on the basis that you use more water, and then ban the use of hoses precisely when you want to use them, i.e. during a drought, to water your garden.

Water shortages are not unknown here in France, but the rules are different.  At the moment, we have a light restriction on watering.  No-one, not even a farmer, is allowed to water during the day, and this regardless of where the water comes from - the tap, a river or his own well.  You're not allowed to water lawns.  You can only water after 8PM and before 9AM.  This of course is an open invitation to leave any watering system on all night, but on the other hand, it seems fair to me.

I'm slowly getting around to turning my water storage cubes into a useful watering system.  I have an electric pump that fills them with water from the well; now I need to put in a system to empty them under pressure, to feed sprinklers.  I bought a pump for that the other day, now it's a question of wiring it in, and getting the hoses all into place.  Since the surface pump isn't supposed to be run dry, I'll need a float switch as well. 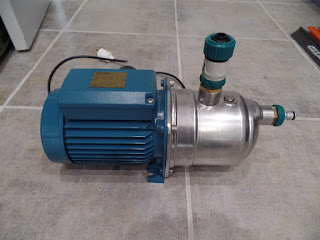 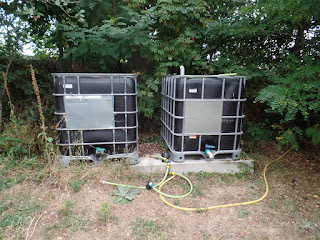 My garden is showing signs of water stress here, and we've been watering every day, at the appropriate times.  Some rain is expected Thursday.  Fingers crossed.
Posted by Mark In Mayenne at 07:17 1 comment:

The Grand Moulin at Ste Suzanne

France has a schizophrenic attitude to its water mills.  On the one hand you can get grants to refurbish them; on the other, the government wants to stop you from using them.  They are an important part of the heritage (patrimoine), or causes of imbalances in the natural state of things.

The situation as I understand it is as follows: if your (small; less than 150 KW) mill has been in place since before the revolution, (precise dates vary between regions) you have an absolute right to use the power of the water to your own ends whatever these may be: your rights are fondé en titre.  If your mill was built after this time, but before 1919 you are likely to have written permission from the state to use, in perpetuity,  the water power - your rights are fondé sur titre.  After this date, you probably have permission that is limited in time, and it might or might not have expired.  If you need to renew permission you might not get it, especially if your river is category 1 for pollution (i.e; the least polluted).  You can find a more detailed explanation here.

And now the state is claiming that water mills, even those fondé en titre, that have fallen into disuse for 20 years (why 20, exactly?) have lost their rights to water power (which idea is being challenged in the constitutional court), while at the same time, you can often get a grant to refurbish your mill, such as might be available to the Moulin du Gô just up the road.

The problem is water pollution and its impact on the wildlife population.  The discharge from farms gets into rivers, and the sunlight transforms the chemicals in the water into toxins.  The dams that hold the water back for the mills slow the water flow, and give the sunlight more time to act.  Also, fish cannot easily migrate past the dams, with knock-on effect for birdlife, e.g. kingfishers, etc.  So the parts of the civil service responsible for freshwater fish and water quality make life difficult for you by trying to persuade you to remove the dam, and the parts that like to restore the heritage like to help you out.

We went to visit Le Grand Moulin de Ste Suzanne today.  This has recently been refurbished by the state, at taxpayers' expense, as a tourist attraction.   It used to be a powerful mill, driving three large millstones, powered by the river Erve.  The restoration is a mix of modern and traditional.  The shaft of the mill wheel used to be oak; now it is steel, mounted in a modern ball race.  The mechanism is the traditional English style, that is to say, the small cogs are metal, the large ones have wooden teeth mounted in a metal frame.  The small cog on the shaft that drives the millstone is moved into place using a modern, manual, hydraulic pump instead of the old method where it was pushed up with a lever. 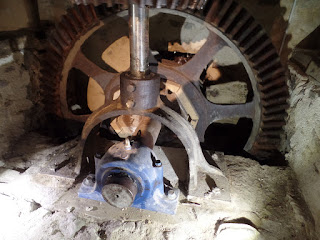 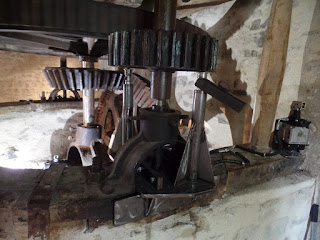 The hydraulic pump is the little box on the right; you insert a handle into the lever at the top, and pump it up and down.  There are two hydraulic lifts, one each side of the small cog, looking a little like darts welded to the base plate.  The one on the right has a safety clip in place to prevent it moving accidentally.

If I read it correctly, according to a little computerised display, the mill is calculated to have a bit more than 200 watts of water power available to it.  Pathetic.  The reason for this weedy power level is the fact that the dam to back water up for the mill has been removed.  The water getting to the mill these days is (relatively) a trickle, and the wheel even stopped turning in July when the river level dropped.

The exhibits and explanitory notices in the mill give details of the history of milling, the political contexts and evolution.  For example, I didn't know that it used to be illegal to own your own personal hand-grinding stones to mill flour - you had to use the baron's mill, and pay the taxes to do so. 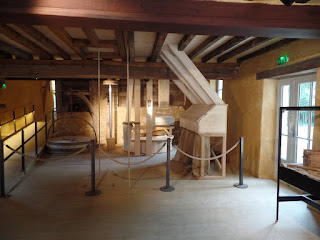 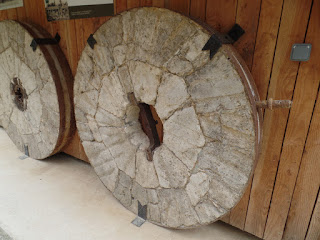 I had never realised either, that millstones were made up of different smaller stones held together - I thought they were carved from a single stone.  Apparently the best ones were made in La Ferté-sous-Jouarre, and were exported from France to the world, including Australia, the USA, and Asia.  The industry employed over 4,000 workers in the mid-19th century.

There was an evening of entertainment organised in the village for last evening and night.  For no particular reason that I could discern.   Starting off with a guided walk around the village, with musical entertainment stops, it ended up with a showing of the 1960s film Hair on a big inflatable screen, which finished about 0h30.   In between these, the Moulin du Gô was open to visitors, and food and drink were served in the village.

I didn't do the walk, nor did I participate in the musical entertainments: I'm still not 100% after my kidney stone interventions, so I'm taking it easy.  I did however, visit the moulin du Gô.  It has been vastly improved; the mill stone is connected up, it all works, and the mill can now make proper flour;  there were big sacks of it lying around.   I don't think they have plans to supply it on a commercial basis, but it was nice to see the water wheel doing its thing.   I really like what they have done with it. 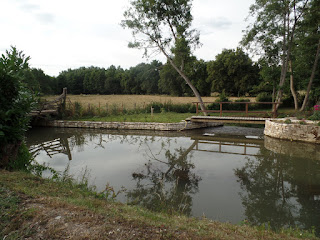 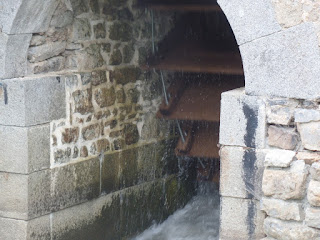 The food was described as fouée (f) which seems to be a French version of pitta bread, cooked by the local baker, and stuffed with your choice of fillings, in our case rillettes or tomato salad, or cheese.  They are, apparently, traditional to the Touraine and surrounding areas.

There was also a bunch of local kids selling cakes to make some money.  They called their enterprise "Crazy Young" and spoke to you in English if you wanted.  The name sticks in the brain somehow.   You can tell how busy the village road is, by the fact that the queue for the fouées blocks it, and nobody minds. 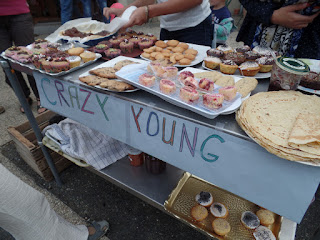 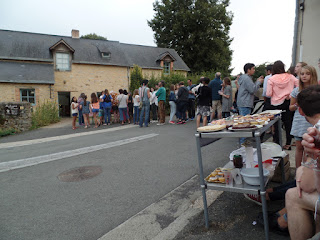 I have to confess that a mis-spent youth meant that I had never seen the film Hair (nor the musical, in fact)  So there was something iconic about seeing it for the first time, at night, in an open-air setting, in a big field beside a river in France.
Posted by Mark In Mayenne at 08:12 2 comments: