There is a compost heap to the side of the vegetable area, and I have to admit that I don't manage it very well.  As a result it has been growing without limit for about ten years now, and there's no more room for it to expand.  So I had better get to grips with it.   The plan is to create a concreted, walled area, divided into sections, each one with compost in various states of maturation, all neat and tidy.  Yeah right.  But it's as well to start with good intentions.

Since the new heap will be in the same place as the current one, I will have to do the project in stages, moving part of the current heap out of the way, puttng the new area in its place, then moving some of the current heap into the new space, and so on, progressing along until it's all finished.

In order to make the first bit of space, I have to get the compost out of the current heap and put it somewhere in the garden.  The best use I can make of it is probably in the veg patch, so as part of the Veg Patch Develoment Scheme, I have to make a raised bed there to take the new compost.  This involves some new wooden planks, some creosote (or substitute) to protect them, and some nails.  Here are the pics of the new raised bed bed project. 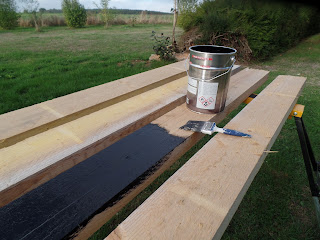 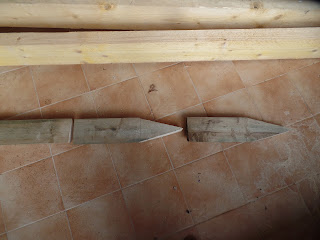 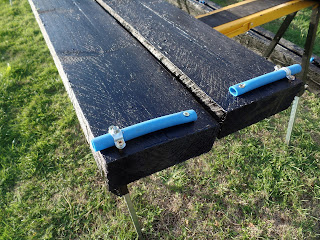 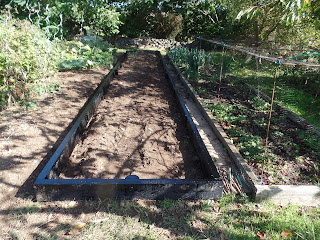 All ready now to accept the first delivery of compost from the heap.   I might even grow some veg on it next year.

In France, if you have a septic tank, then it's supposed to get checked every four years to make sure it's working properly, and that you have done the necessary maintenance.  Since our system was brought up to date a few years ago, we have had a couple of these checks, the most recent being a week or so ago.

I'm really not sure how these checks are supposed to work.  We have been scouting around recently for a smaller place to buy for our eventual retirement proper; many of these places are second homes, used only in Summer, with waste processing systems installed when God was a boy and that can't possibly be up to current norms.  One place that we looked at discharges its waste straight into the nearby river, and was lived in until last year.  Do they get inspected, and what happens if they don't meet current specs?  I have no idea.

Anyway, our checkup detected that the pipework that distributes water between the various arms of the filter bed was no longer horizontal, and was sending all the water down one arm.  We got the person who installed it to sort it out.   We have been impressed with everything he did here during the renovations, and his prompt response to our request for help is yet another plus point on his scorecard. 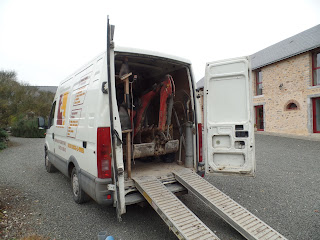 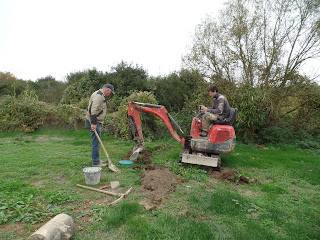 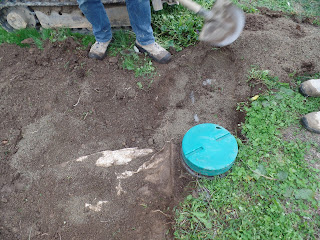 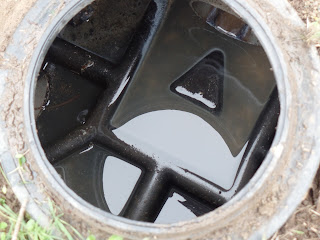 Years ago, I planted a clump of Cyclamen in a corner of the garden.  I discovered the other day, that some more of these pretty little flowers have self-seeded under some stones, some distance away.  I am always excessively delighted by this sort of thing. 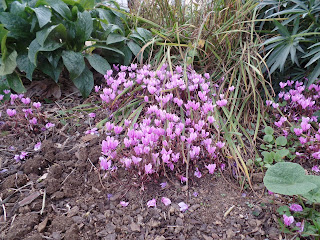 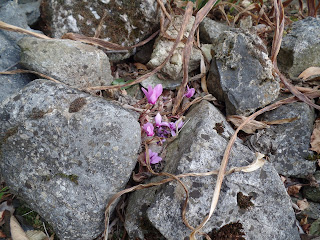 Anita spent some time in England recently, and came back with some munchies that are hitherto unknown in France (at least to me).  I look forward to the expansion of French cuisine out here in the sticks, to incorporate such delicacies. 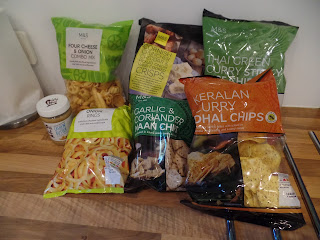 The french word for carpenter (also shipwright) is charpentier (m); there is a clear similarity between the words in the two languages.  But the French have also the word charpente (f) that means framework, or structure, probably since most structures at the time the words were forming were made of wood.  Charpenté means well-built, which probably speaks well of the artisans of the period.

A local chateau was open for visits a few weeks ago; here's some of the charpente that was holding up the roof of a tower.   They didn't mess about in those days. 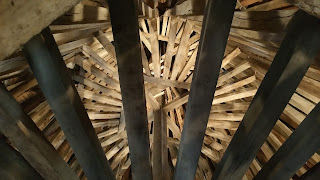 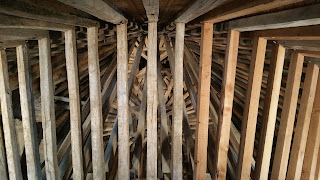 I spent last weekend in Switzerland, not far from Geneva, in an area known as La Côte,  at a flute festival .   I have never been disappointed by this kind of event.   There was a standard mix of extraordinary things: masterclasses, concerts, exhibitions of flute-related things, and plenty of people who were enthusiastic about making music with flutes.

I have always come away from this kind of event with two conflicting emotions: there's "Why do I bother, I'll never be as good as these guys", and also "Hey, there's lots of interesting new techniques I can use to improve my practice, and playing".

The simple truth is, that the professionals that I admire started from about 6 years old, practiced two hours a day in their early teens and five hours a day in their late teens and early twenties.  Aint going to happen for me.  On the other had, I do it purely for pleasure.  I have spent considerable time doing things I was good at that I didn't particularly like, so now I'm doing something different, just for the enjoyment.

How about these plastic flutes and piccolos?   They hardly weigh anything, and are bright and colourful, with a good sound.  What kid wouldn't want to play one?  I quite fancy one myself. 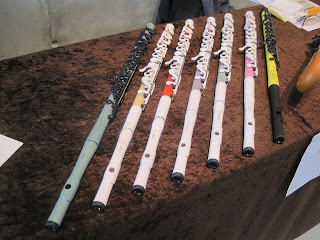 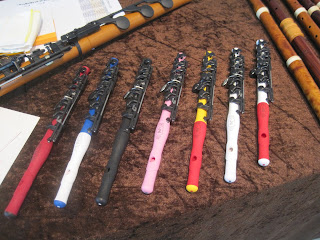 The main venue was architecturally dodgy; soviet brutal style, with the inside finished in concrete.   But the on-site theatre and music rooms were well-appointed and comfortable.   There were other (prettier) venues around the town where some concerts and classes were held, with a shuttle bus service between them all. 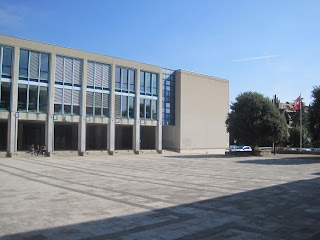 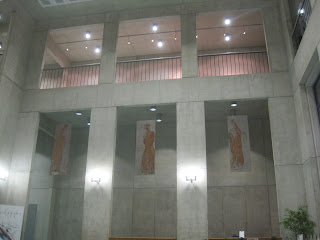 The two highlights for me were the jazz jam session with Geoff Warren and his amazing band, and the concert by Wissam Boustany and Aleks Szram, but these are personal preferences.  There was nothing not to like. 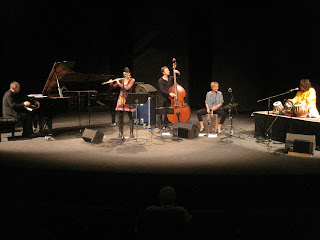 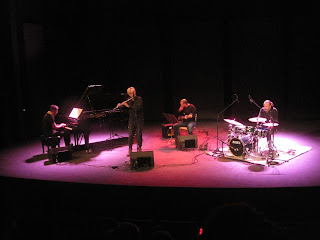 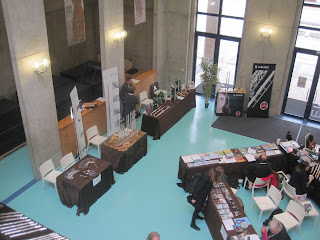 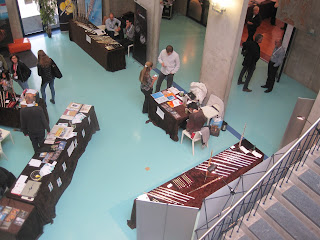 It was all organised by a petite bundle of energy; Carol Reuge.  Nice work. 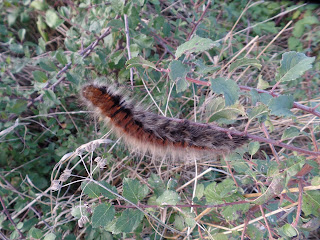 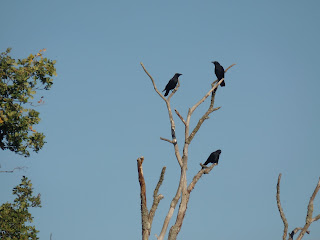 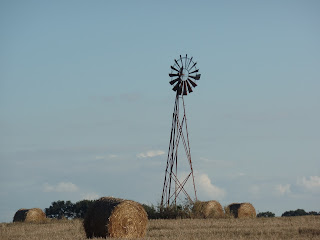 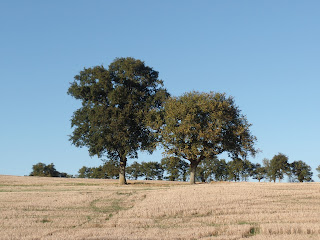 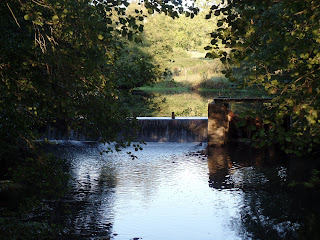 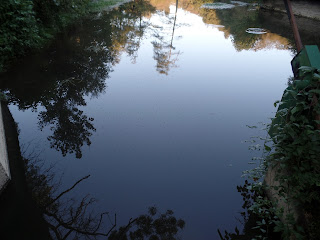 The BD, "band dessinée", or graphic novel is hugely popular in France, and there was an exhibition this weekend at Château Gontier, perhaps half an hour from my place, so I went to see.

I rather like BDs, though I'm not an addict as many French seem to be.  But I see it as a perfectly good art form, and I like the way that it provides a big outlet for graphic artists in France, whereas the market is very much smaller (relatively) in the English-speaking world.  And they seem to me to represent a strong argument against putting everything on Kindle.

Actually I'd like to see the Shakespeare plays in BD form.  I find reading the raw text to be rather dry, although do-able, and I think that a BD interpretation in the hands of a talented artist could lift them onto a different plane.  And you could keep the original text intact.

I stumbled across a guy, Yann Lesacher, at a small stand, he was selling the books he has produced, showing his watercolours and sketches of the Brittany coast.  He's going along the GR34, a long coastal footpath known as le sentier des douaniers, the customs officers' path, making sketches and watercolours as he goes.  The pictures in his books are leavened by light-hearted or humerous comments that sometimes relate to the pictures, sometimes don't.   He's on his eighth volume of books, and you can find more of his work here. 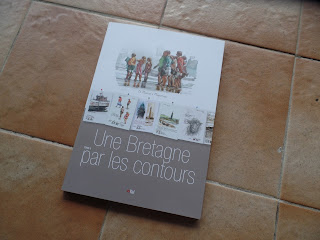 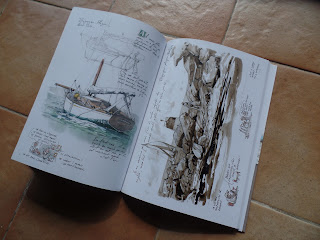