Vega is a hotel supply company.    We bought some new chairs from them, to go around the tables beside the pool, in July last year.  They're red to (more or less) match the painted doors and windows.  The chairs were described as being sun-proof, so we were disappointed to see that on some of them (4 out of the 12) the arms had faded to a pale orange colour.  It looks like they got a bad batch of the coloured plastic binding.

Anita phoned up the Vega and complained.   They said "send us a photo", so she sent them the one below. They said "OK fine we'll send you 4 new chairs."  They arrived this morning. 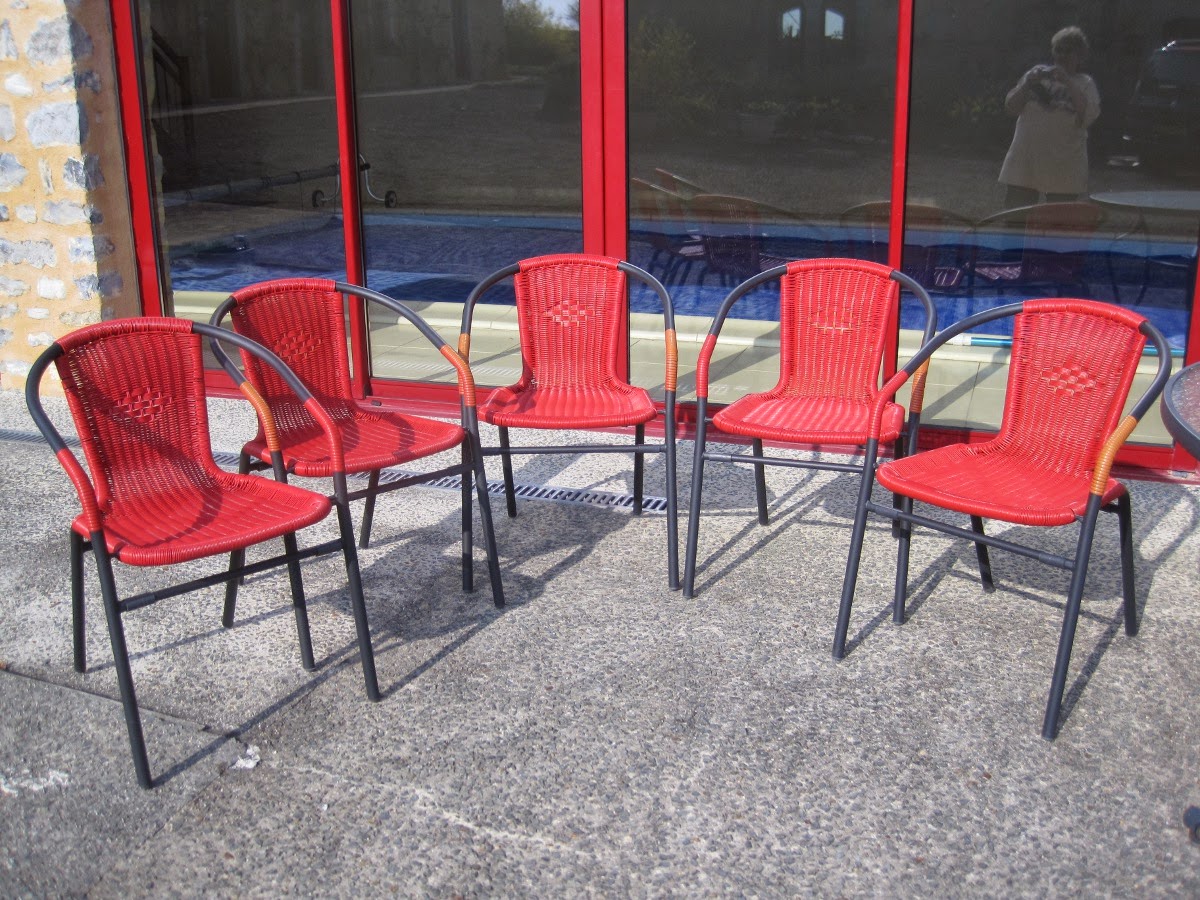 The swimming pool here, like all pools, requires a certain amount of maintenance to keep the water clear and sanitary.   This means that I have to pop into the local pool supplies shop from time to time, to buy the necessary chemicals.

I spotted this curious accessory for pools in my latest visit - different colour dyes (based on food dyes I guess) to colour the pool water.   There are various shades of blue, which means that you could perhaps reproduce the ambiance of a Caribbean holiday.  But there are other jolly colour options too:  the bright red would allow you to evoke a traditional dolphin slaughter perhaps, and the lurid green could helpfully mask a horrid algal bloom should one occur.  Best of all, the yellow ink could allow water aerobic sessions of Incontinents Anonymous to be held in complete discretion.   I can't decide if the lack of a brown option is a relief or disappointment. 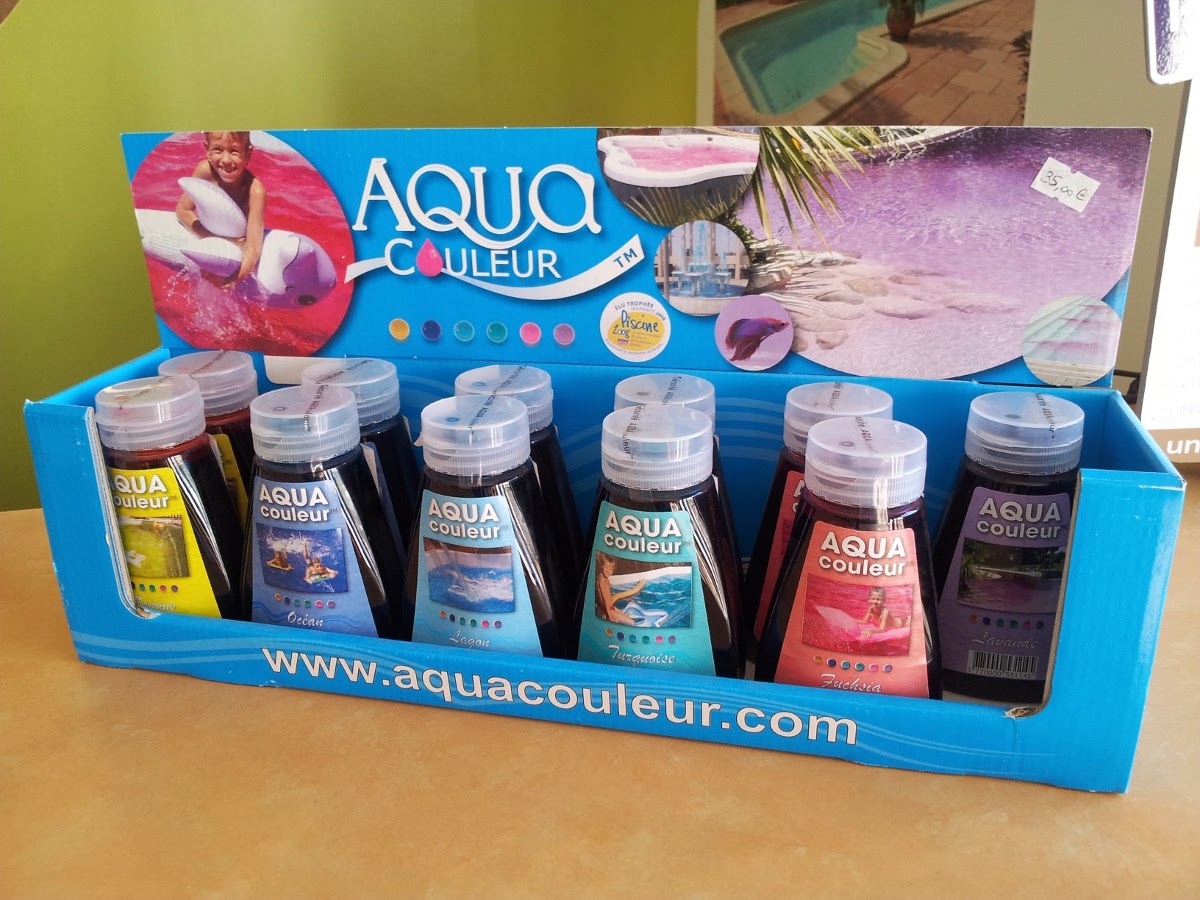 Apparently the colour fades after a couple of days, and the dye costs a mere 35 euros or so per bottle.  A must for any pool owner.
Posted by Mark In Mayenne at 01:23 3 comments:

There is a conservatory attached to the house here.  Actually, conservatory is a rather grand name for it: it is more like a lean-to shed with glass walls.  Its best feature is a bottomless planter in its sunny south-west corner.  The soil in the planter is contiguous with the earth beneath and so there is little need for watering: the moisture wicks up from the ground.

In it is a Jasmine plant that grows very successfully there.  At the moment it is in full bloom and its perfume pervades the house. 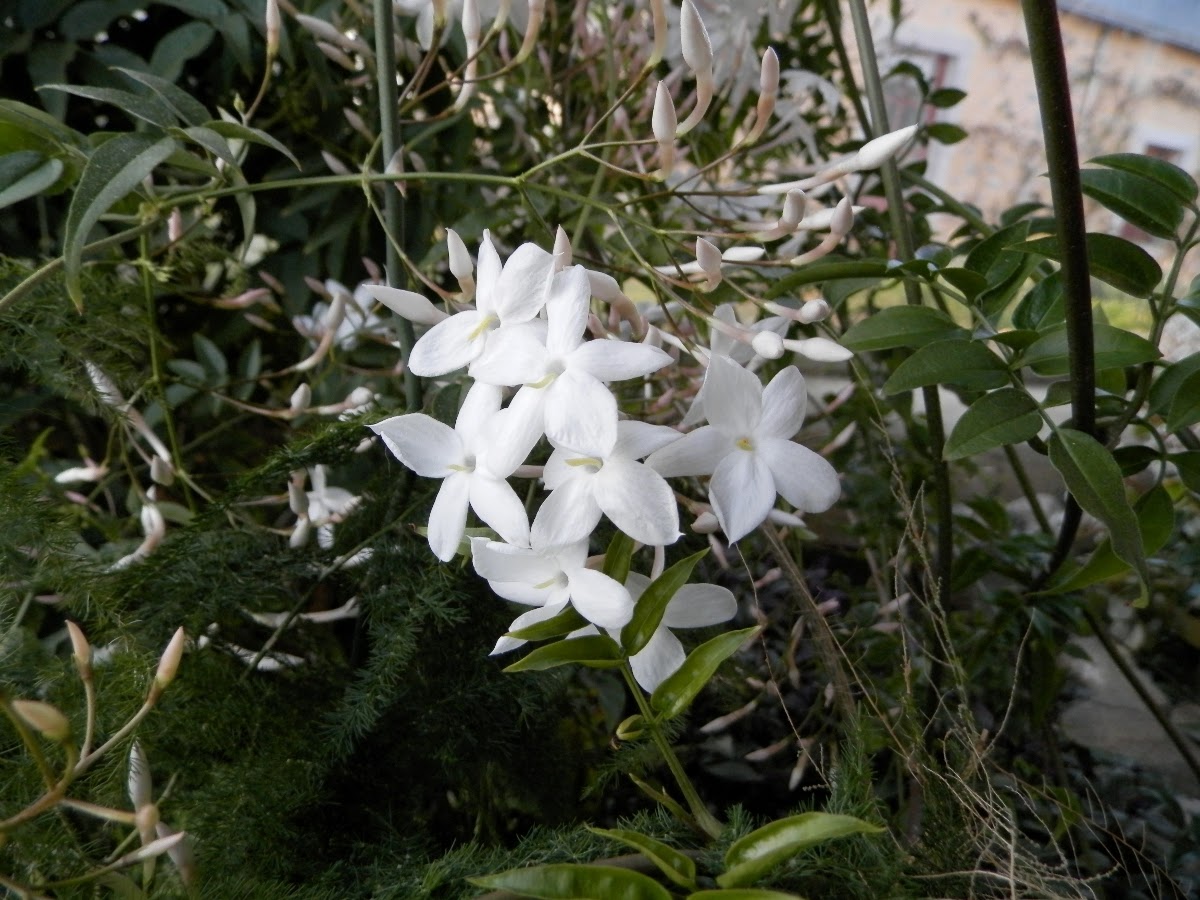 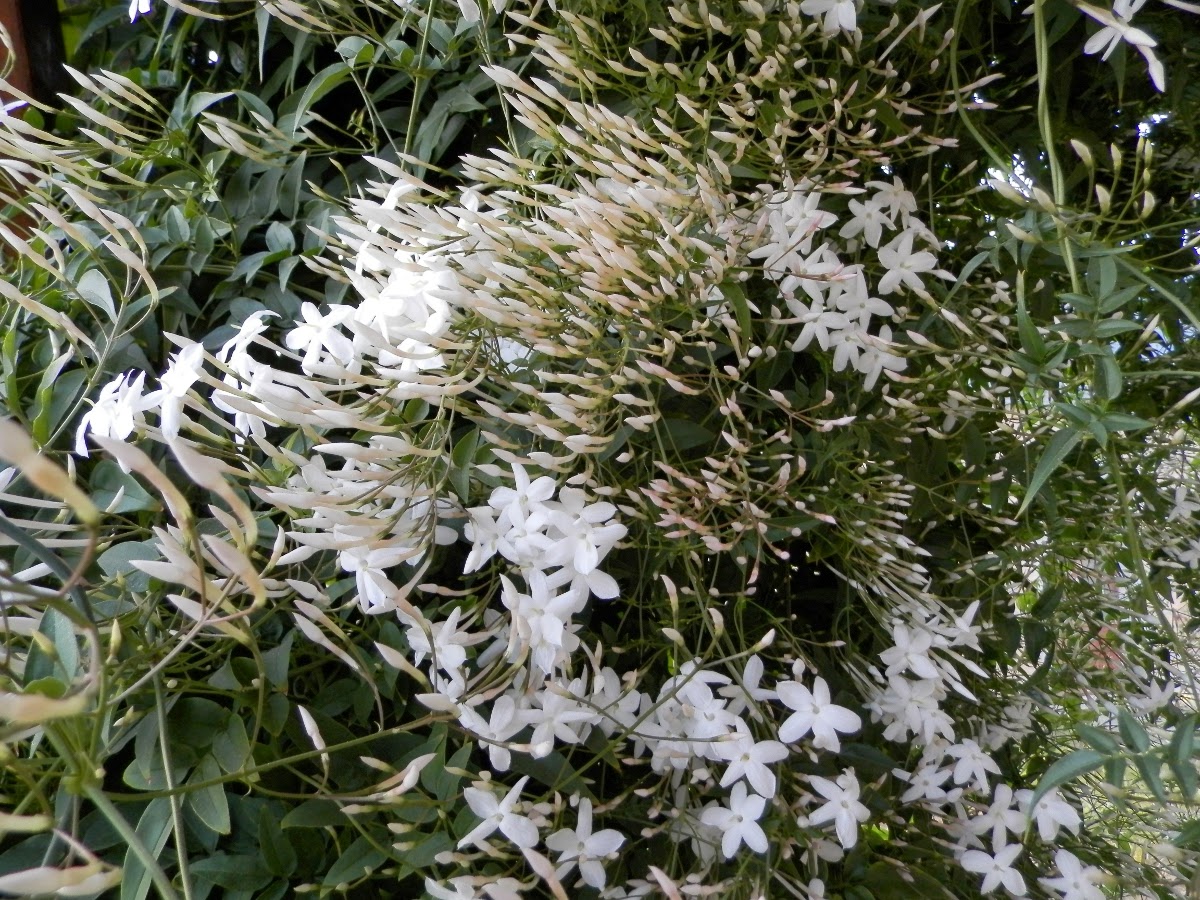 I don't normally do politics here on this blog, so this is something of an experiment. 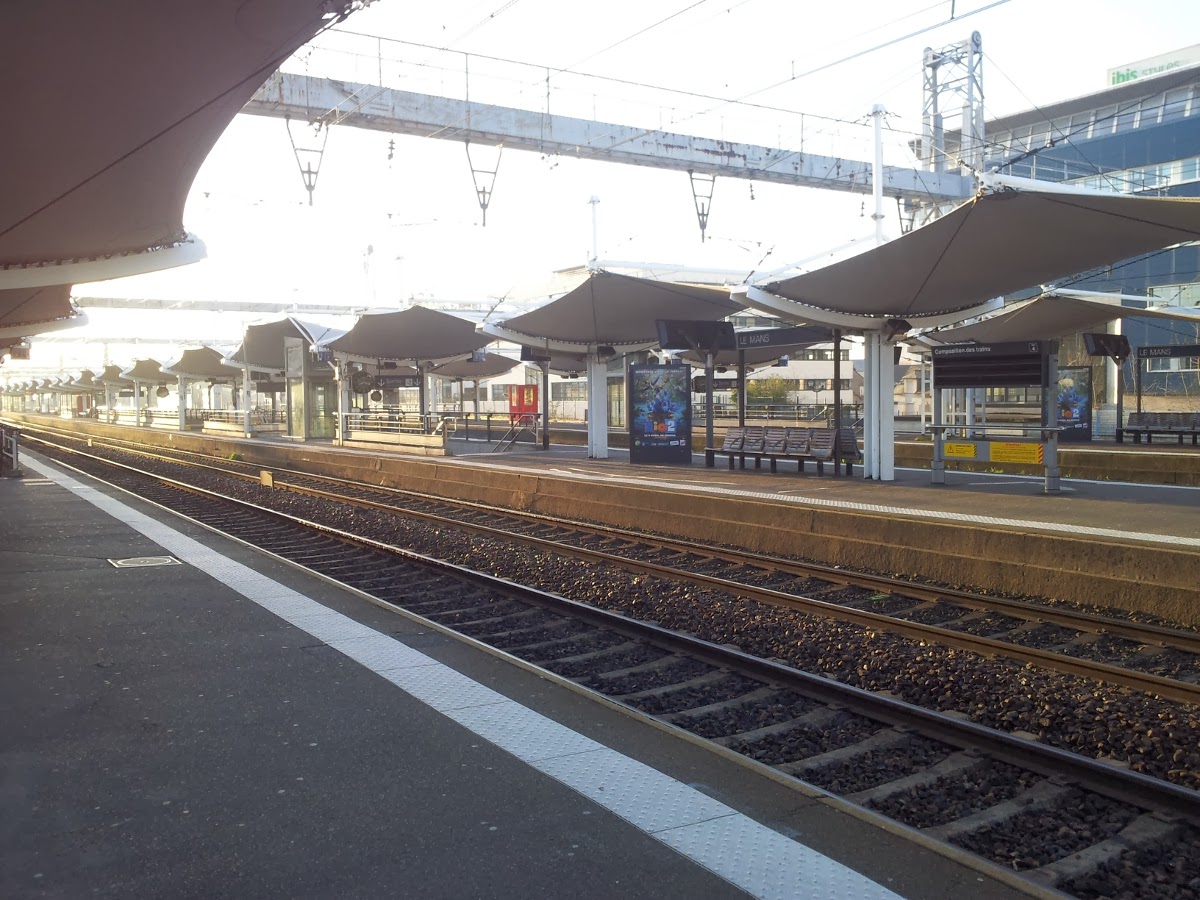 SNCF, the French train drivers, were on strike again recently.  They were striking in the Rhône Alps, that is prime skiing territory, and on the first weekend of the school holidays, that is the prime ski holiday travel time.  This is of course when they can cause the most disruption, and therefore when they have the most power.  I got to pondering wage negotiations and from there, the minimum wage laws.

A book on "Pricing for Results" (I think) (by John Winkler, available on Amazon) posed the following question in a quiz (paraphrased, and as best I can remember it):  "You run a pharma company, you market a blood pressure treatment that patients are obliged to use for the rest of their lives once they have started it.  The product is obsolete and has been replaced by a cheaper alternative.   Your competitors have ceased production of the old drug and you find yourself with a monopoly on its supply.  What should your pricing policy be?"   The answer was that you should choose a moral pricing policy.

A different book on negotiation posed the following different question "You are a dentist and a patient comes to you for a filling.  You notice that he hasn't paid his last bill.  When do you remind him?  a) Before treatment, b) When he's in the chair or c) On his way out."  The answer was c), since in both the other options you have too much power - in b) you have way too much power and might lose the customer.

I mention these two questions because they make explicit two players, power and morality, that are present in negotiations alongside the antagonists, but being unseen and intangible, are often ignored.  They are usually present in inverse proportions but perhaps they are present together in the greatest negotiators.

Power and morality are present in wage negotiations.  Usually the employer is a company, represented by a person.  Although this person is subject to moral constraints on their actions, the company is not: although it has legal status as a person, a company's behaviour is constrained only by the laws of the land.  A company that further constrains its actions according to moral considerations will (generally) be overtaken by competitors that don't.  On the other hand, people dispute the morality of hiring a person on a wage that cannot sustain their life at some socially acceptable level of comfort and hence they seek laws to mitigate the effects of "too much" employer power.

One of the jobs of government is the creation of a society that conforms (more or less) to the wishes and best interests of the populace.  You could call this social engineering.  This necessarily distorts the natural state of markets, including, where applicable, employment markets: stiff penalties for murder mean that you can never find a professional assassin when you want one, and they're more expensive than they would be in a free market. If you accept that a government should institute a safety net for the poorest of the population so that they don't starve, the question becomes one of what kinds of market distortion (and moral hazard) you are prepared to accept, and to what extent.

We can look at union powers, redundancy legislation, income support, minimum wages, unemployment benefits and so on, in various combinations, delivering different moral hazards, different market distortions, and different results on company competitiveness, employment levels and living standards.  A vote for a minimum wage is often seen as unconstrained: if you vote "yes", then where does it stop?  But it's not, or doesn't have to be.  My personal belief is that a minimum wage can have a part to play in a societal safety net for the poorest among us:  it's one of the tools available,  to be used with intelligence and discretion.

When we planned to move to France, we didn't expect to be living in splendid isolation talking only to fellow expats, but neither did we expect to become fully integrated into our French surroundings.  A picture souvenir book on the Mayenne was less than encouraging:  vaunting the hearty welcome afforded to incomers, it enthusiastically announced that one could be accepted as a local in only two generations.

But people have been welcoming; we have local friends in the village and farther afield, and playing flute in the Harmonies of Evron and Ste Suzanne has also helped develop more relationships.  We invite locals over for dinner and are invited in turn to their places.

One of the sax players in the Ste Suzanne harmonie upped sticks with her family and moved to the Rhône Alps, where they intend to run an organic farm.  She invited us to stay in their apartment, and so we are just back from a lovely few days with friends in Winter skiing territory.   It really is in picture-postcard land, and the view from the apartment is stunning.

The weather was overcast for the first couple of days, and we walked through the snow in the areas around their alpine village.  I learnt that snow shoes don't support you on the surface of the snow, you just don't sink so far.  And you can fall over sideways if you don't plant your feet accurately.   The next day the sun came out, driving us towards a day on the slopes. 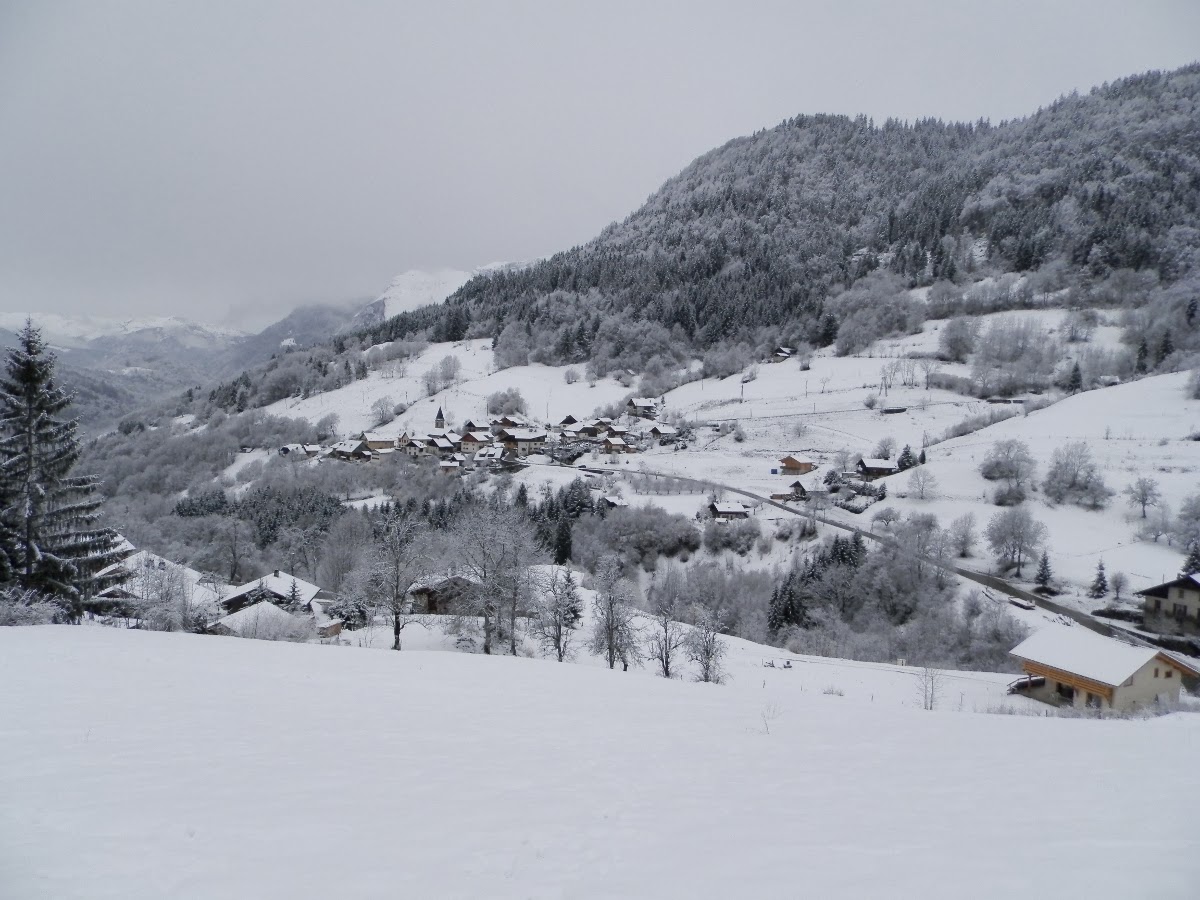 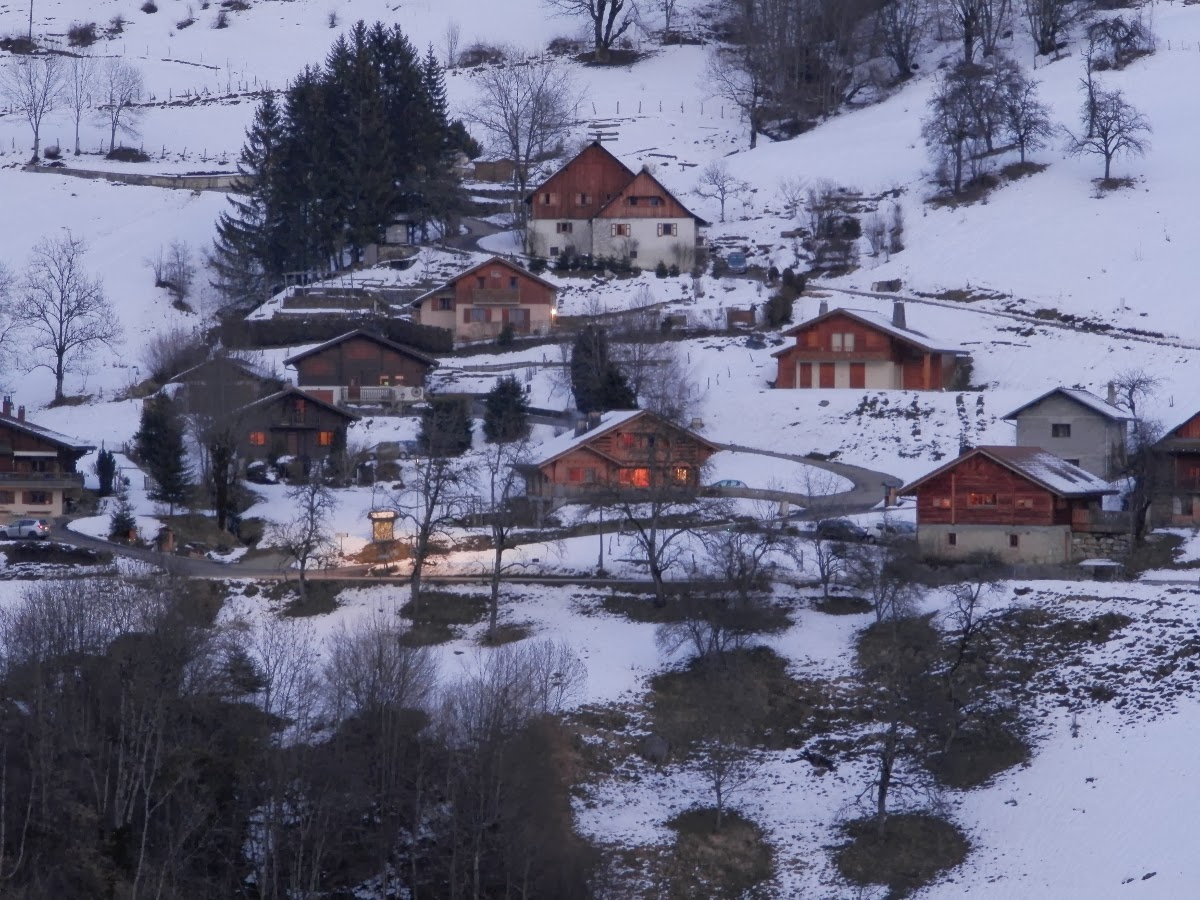 It was a wonderful, short break, and much appreciated as a visit to a musical friend and as a get-away from all the DIY I have been doing all Winter.

The Winter has been very wet, but also very warm.  I don't think we've had a serious ground frost, although there have been a few nights with air frost and ice on the car windscreen in the morning.   The garden flowers don't know what to do with this, and so there is a mix of blooms in the garden of flowers that I would expect flower sequentially rather than all at once.

Generally, I would expect first Snowdrops, then Daffs and Crocus, and then the biennials like Wallflowers, to be followed by the annuals and perennials.  (Exceptions apply of course.)  The snowdrops have finished, but the Daffs are out at the same time as, for example, Aubretia, Rosemary and Wallflowers.   It makes for a nice display now, but I think that the Spring proper is going to be sparse.  Perhaps Summer will come early to make up for it. 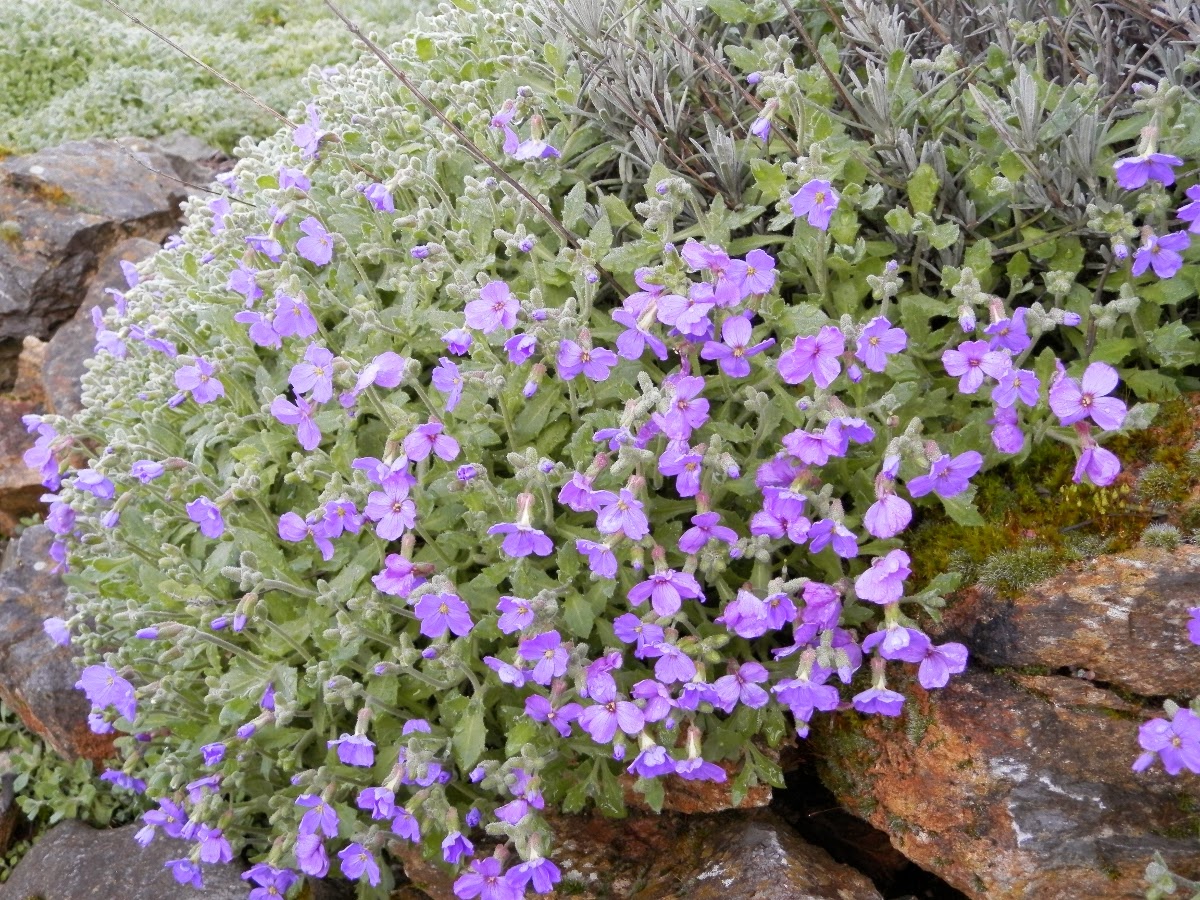 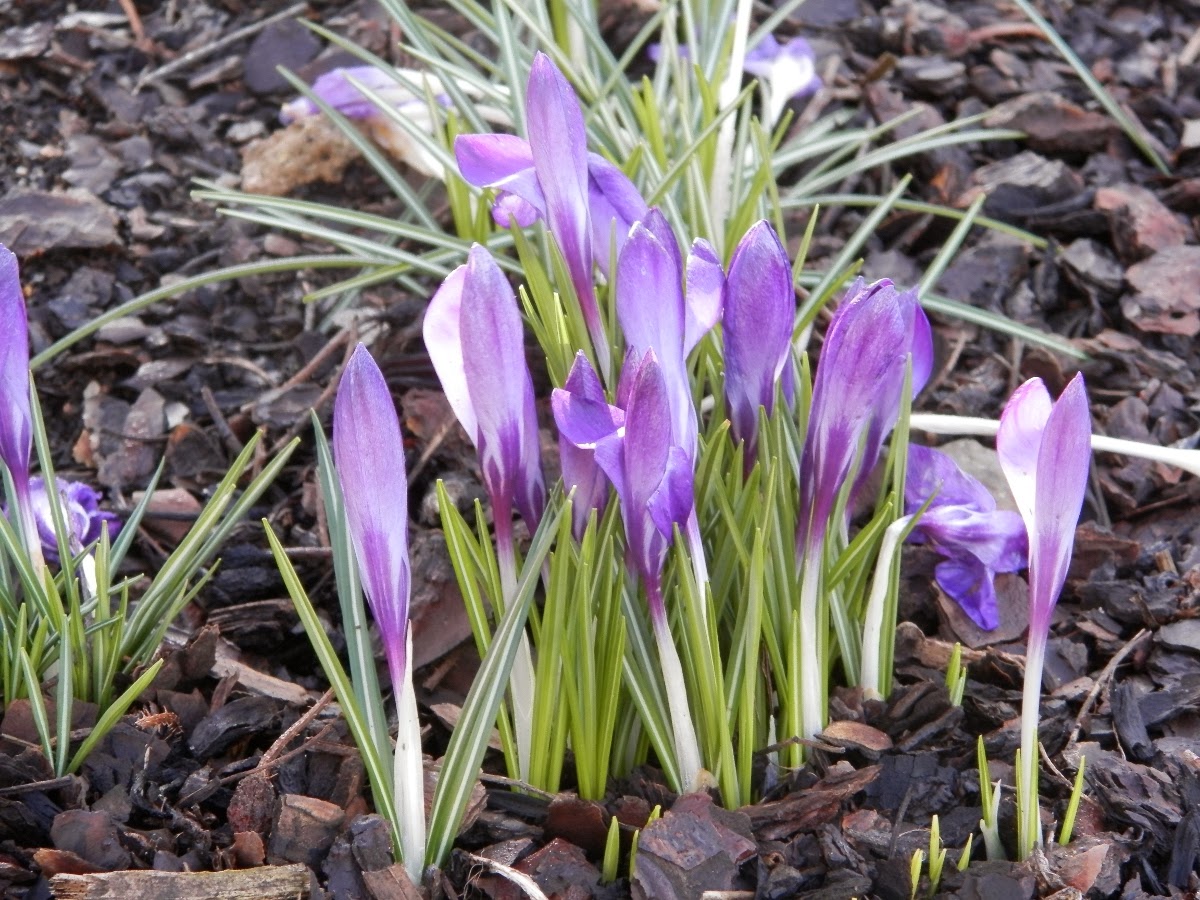 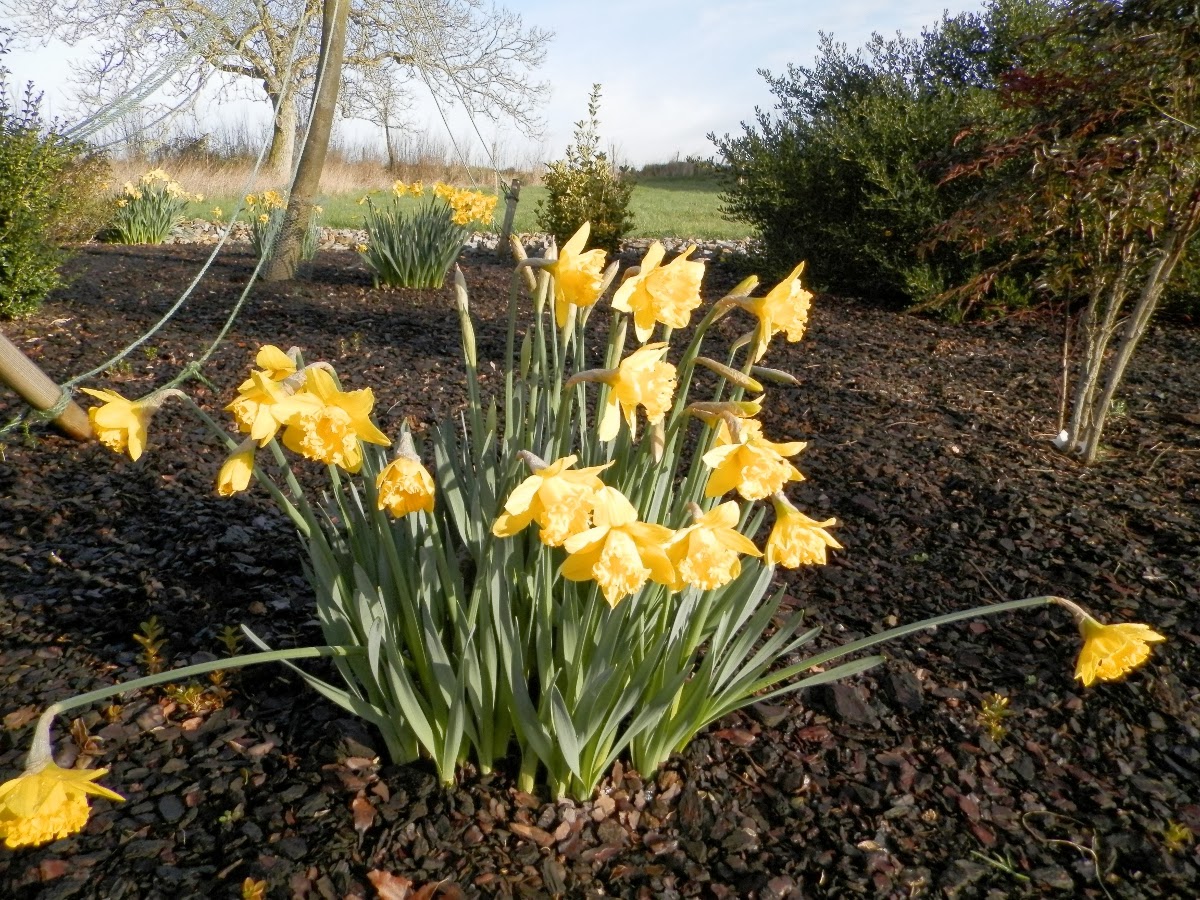 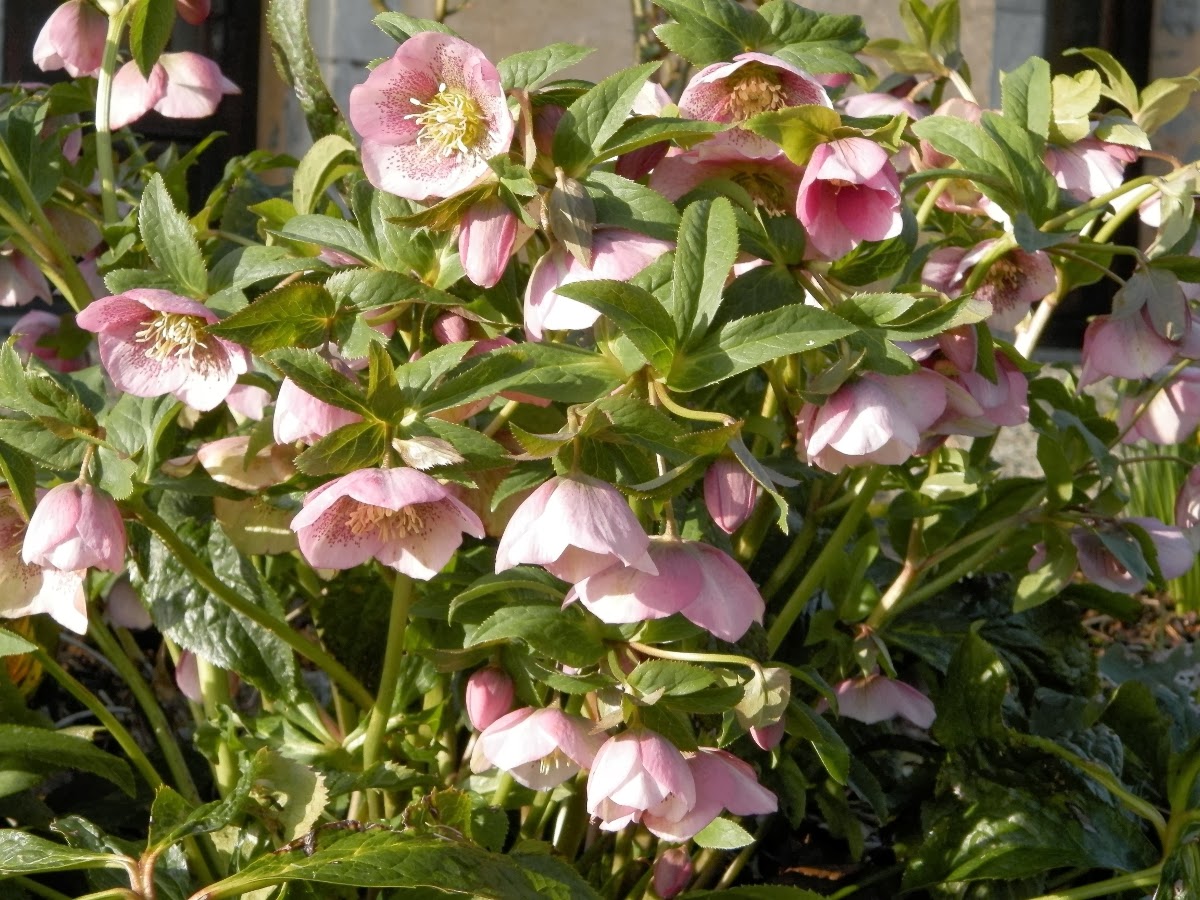 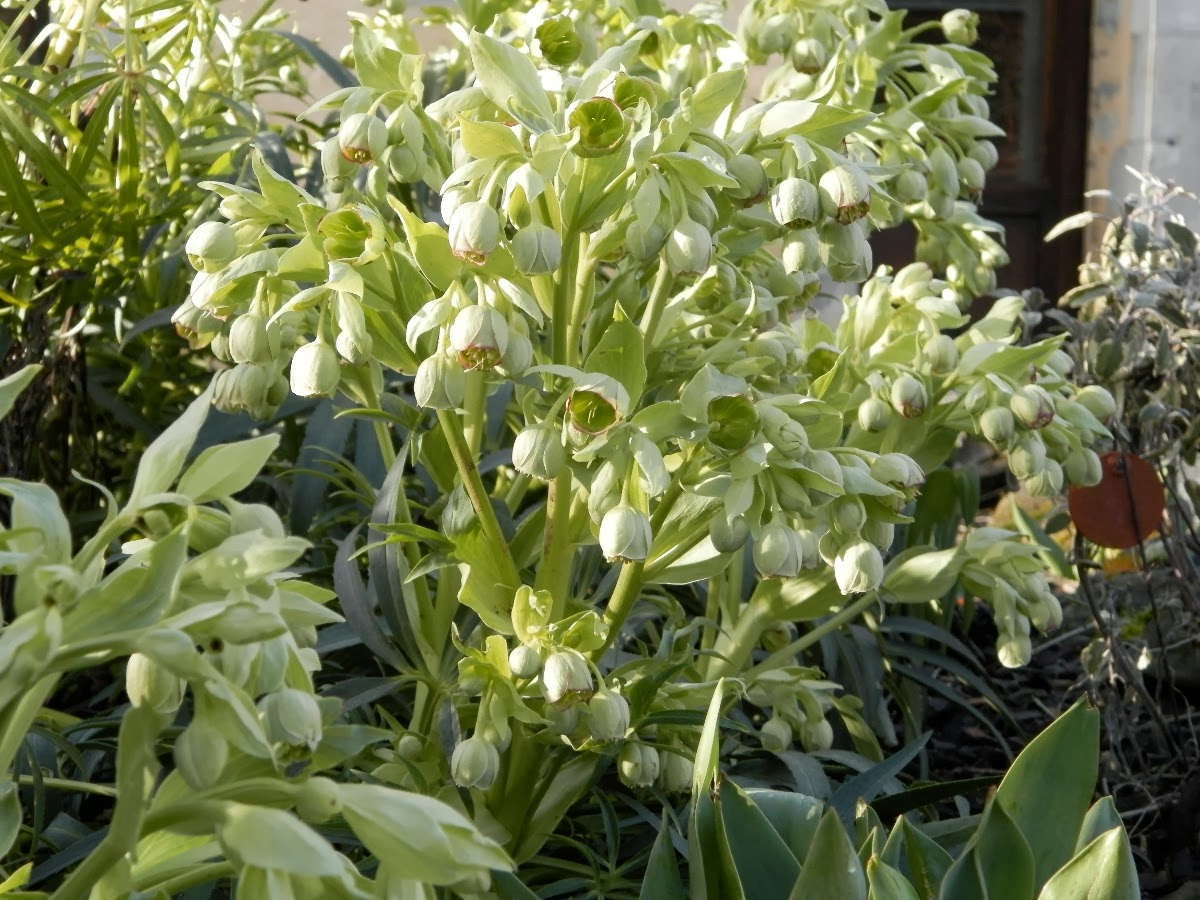 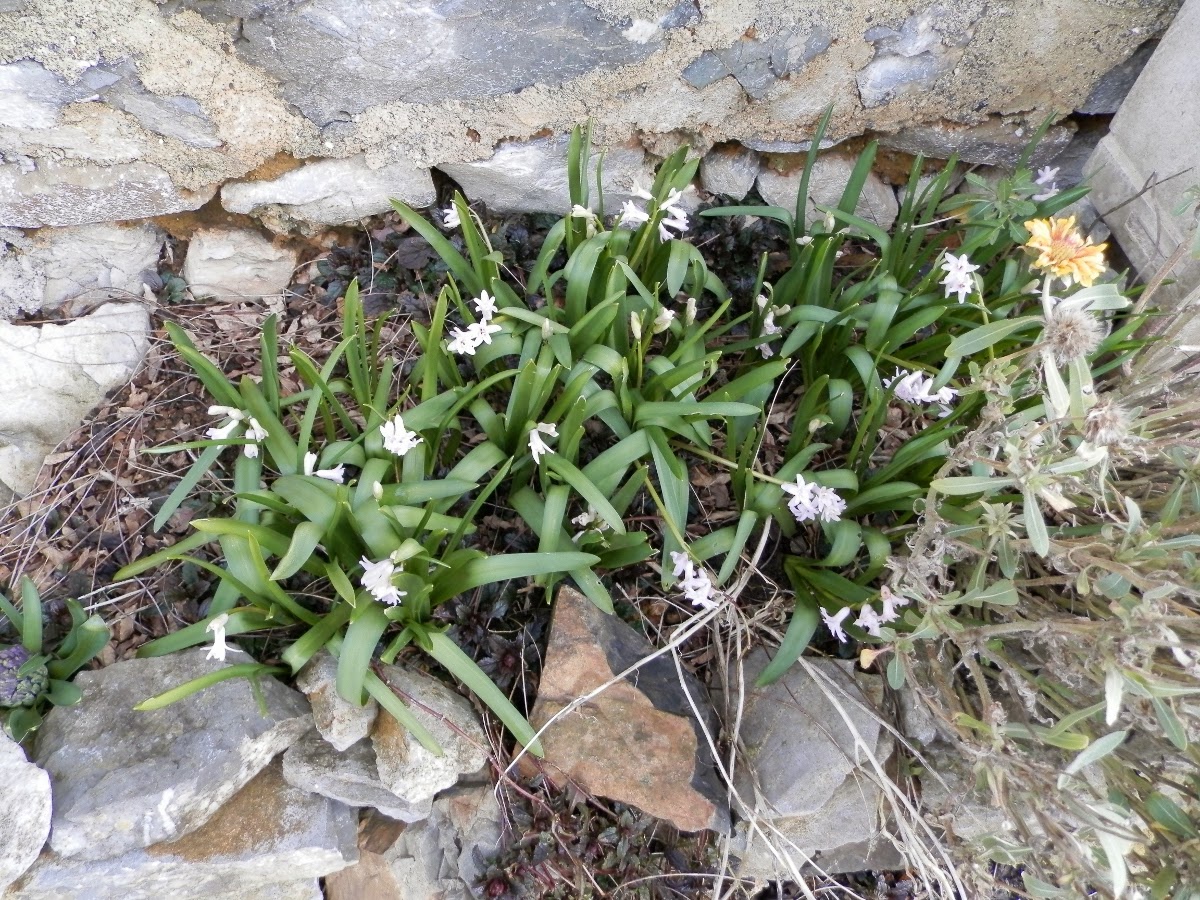 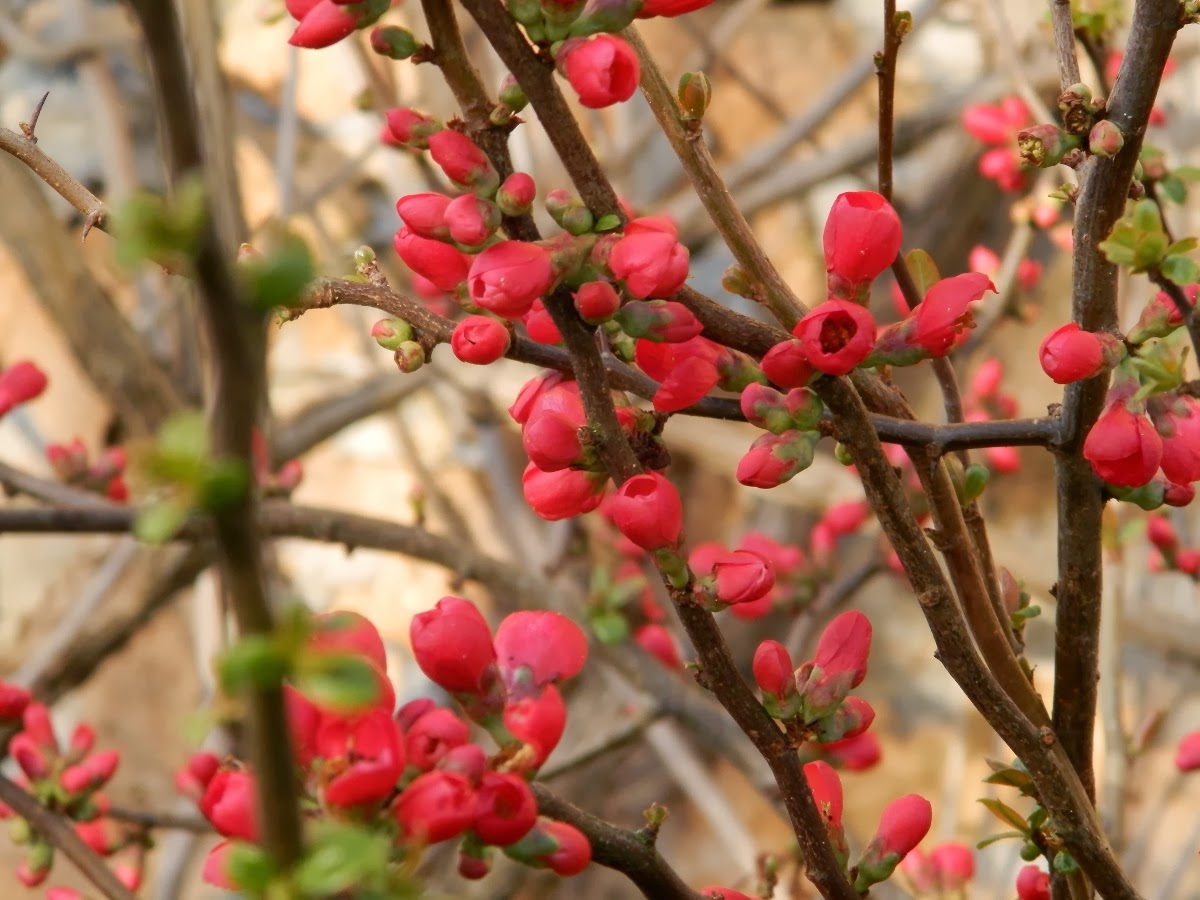 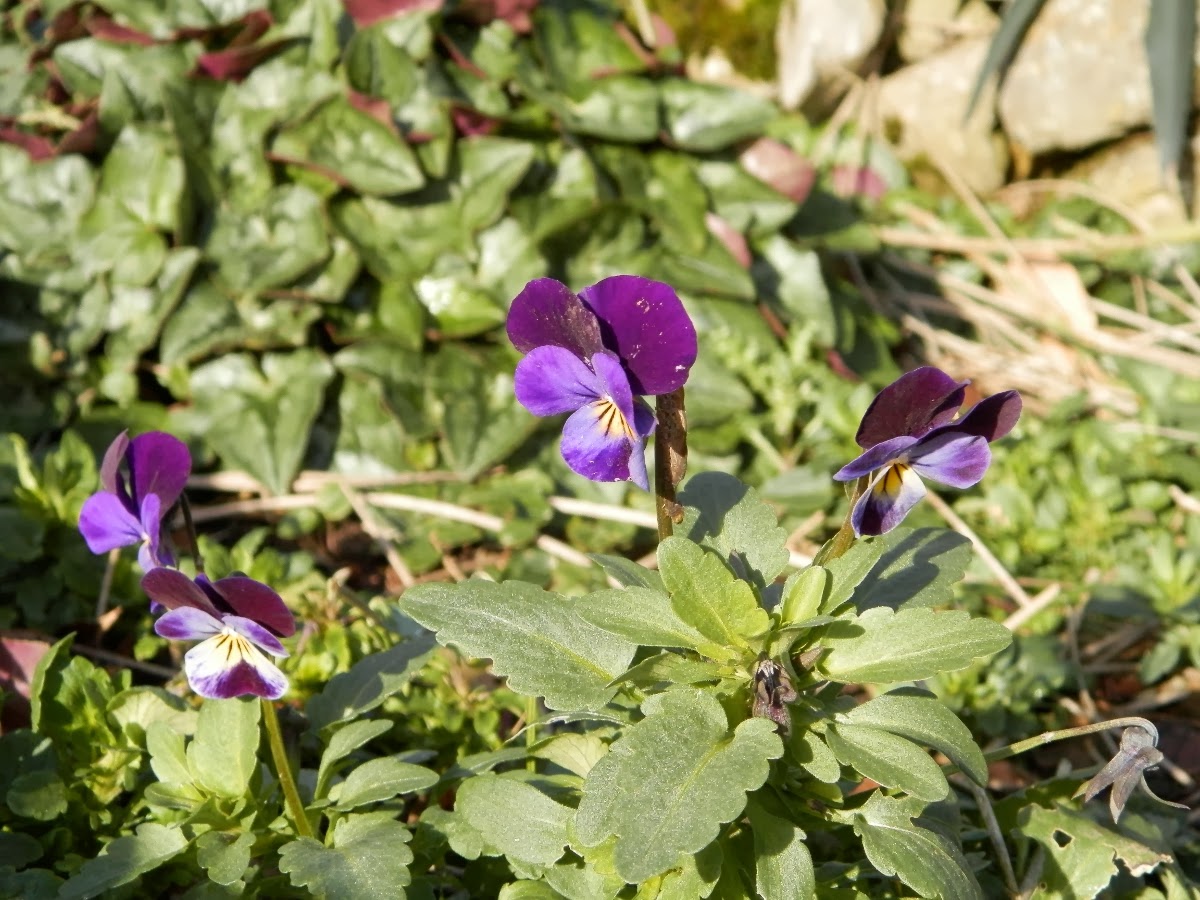 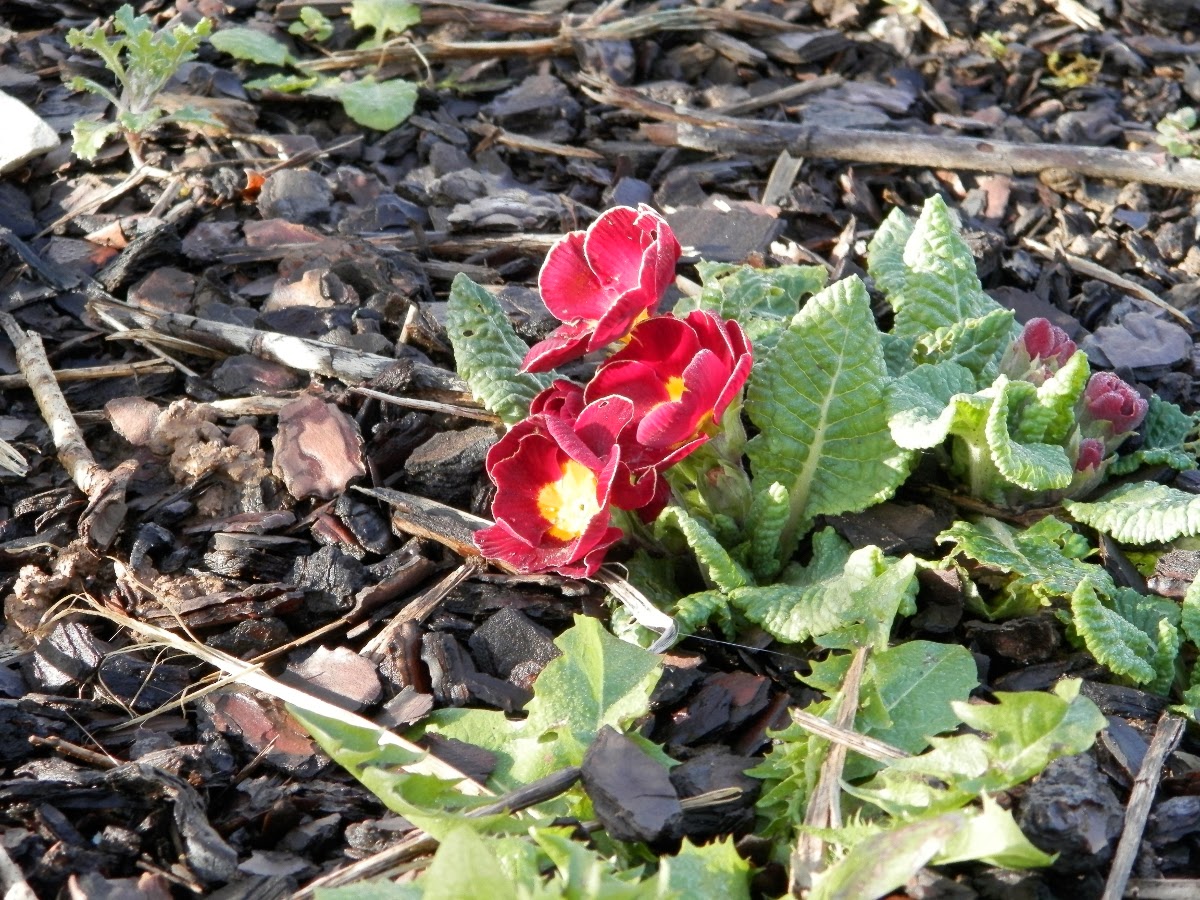 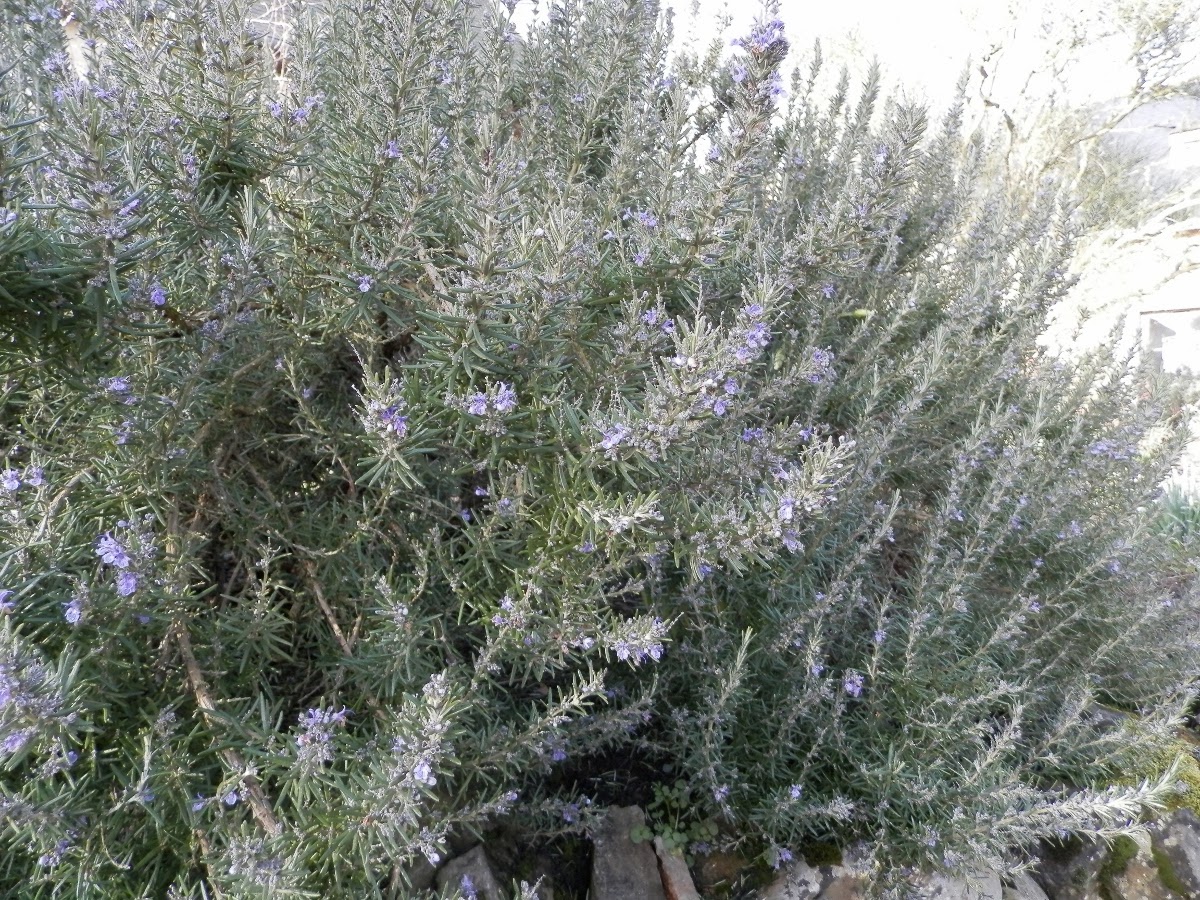 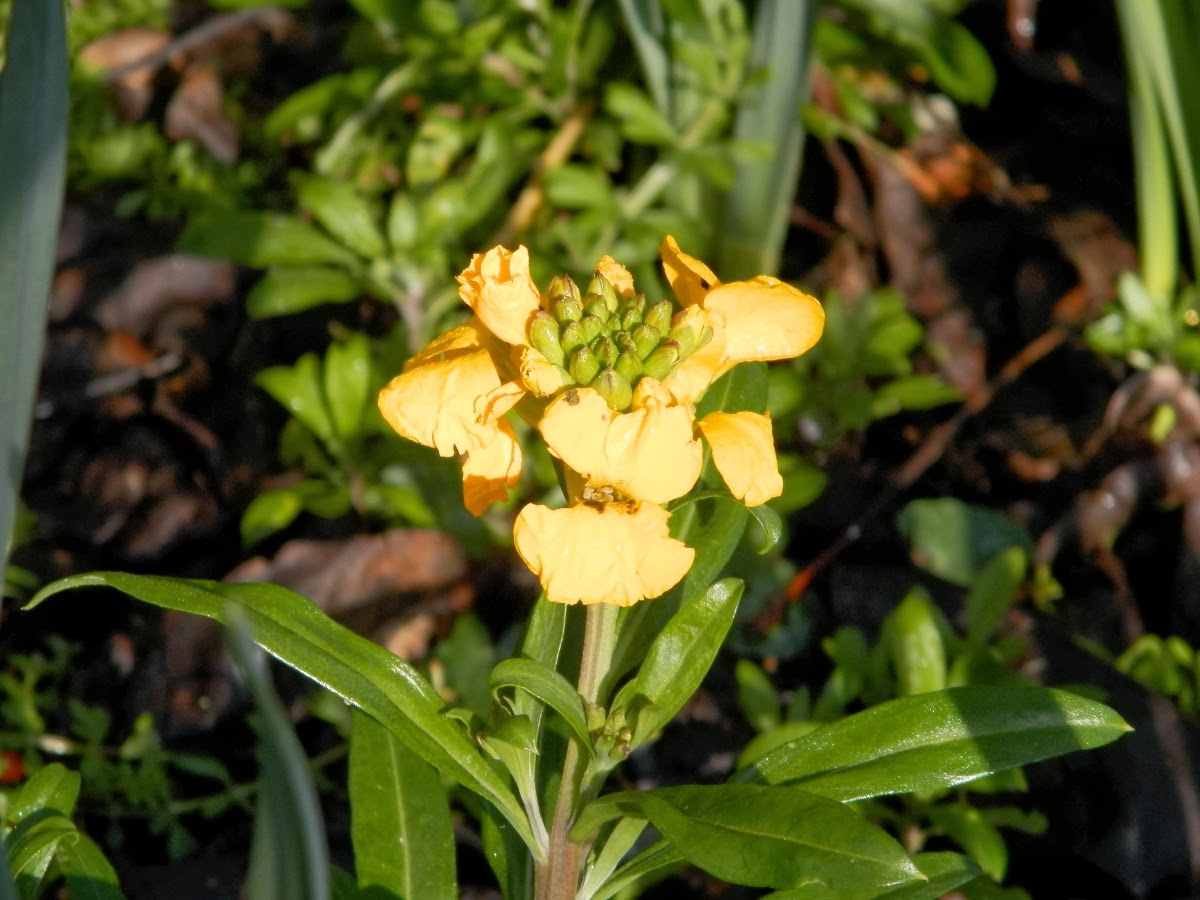 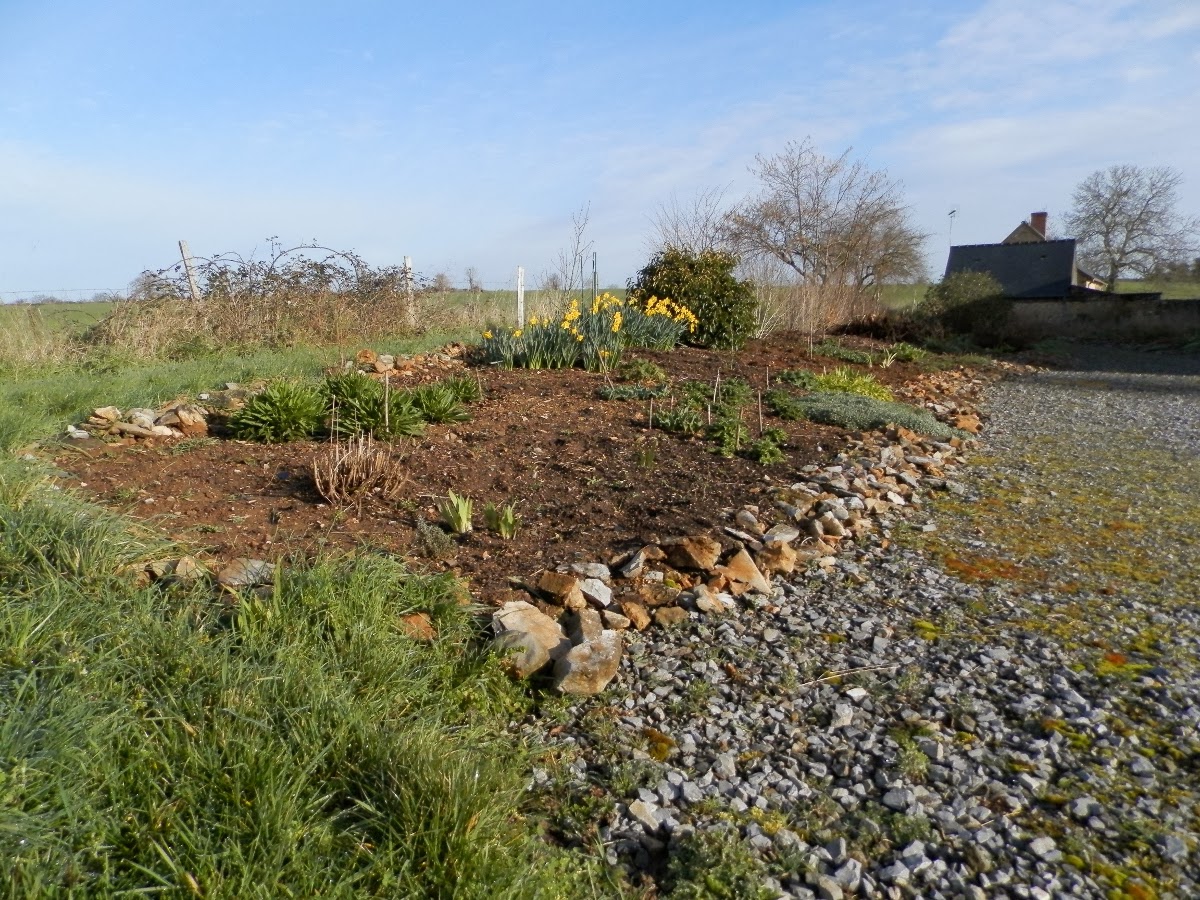