There was an auction recently, associated, I think, with the bankruptcy of a demolition company.   I quite like auctions, and I like the idea of the possibilty of picking up some useful gear cheaply.   My neighbour Louis, who lives just up the road, alerted me to it, and since we couldn't go together, I went on my own to see what was what.  The first one I've been to in France. 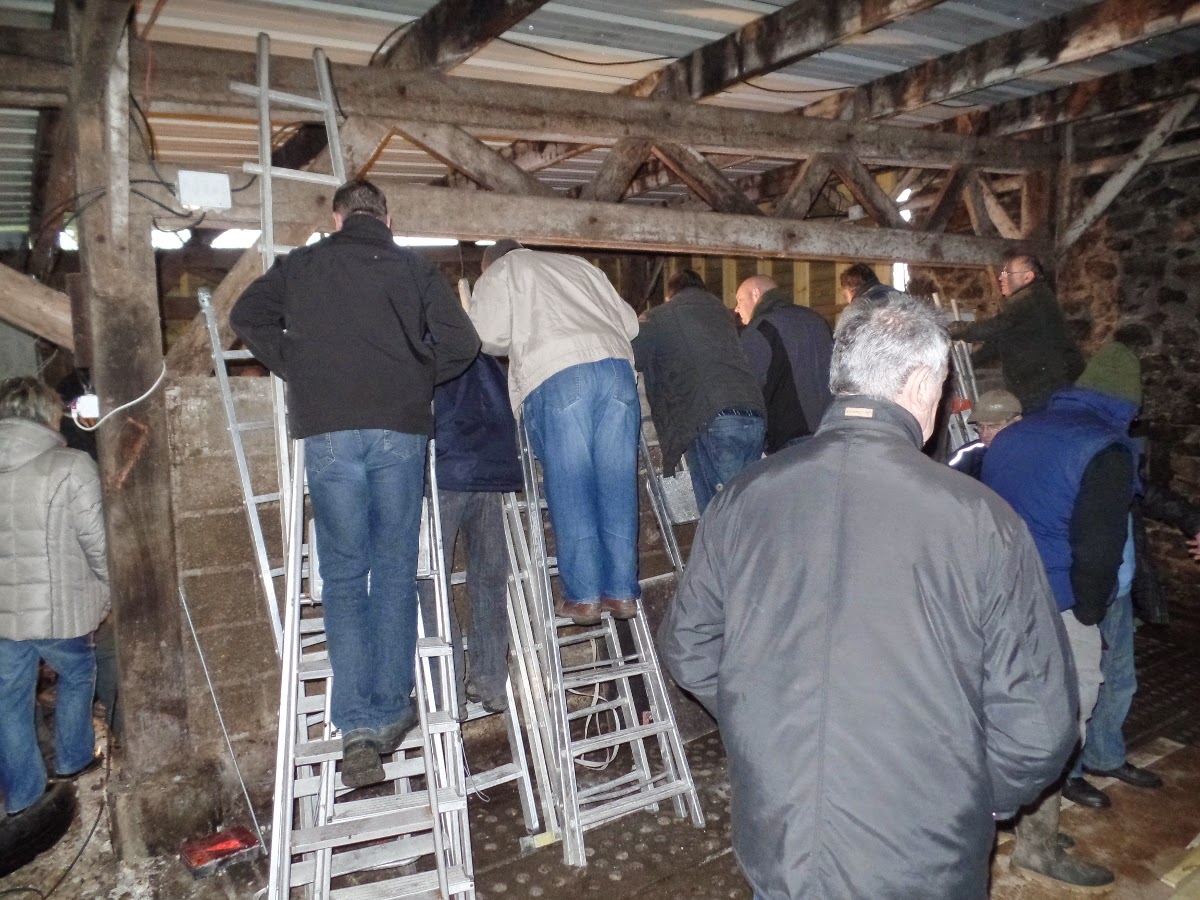 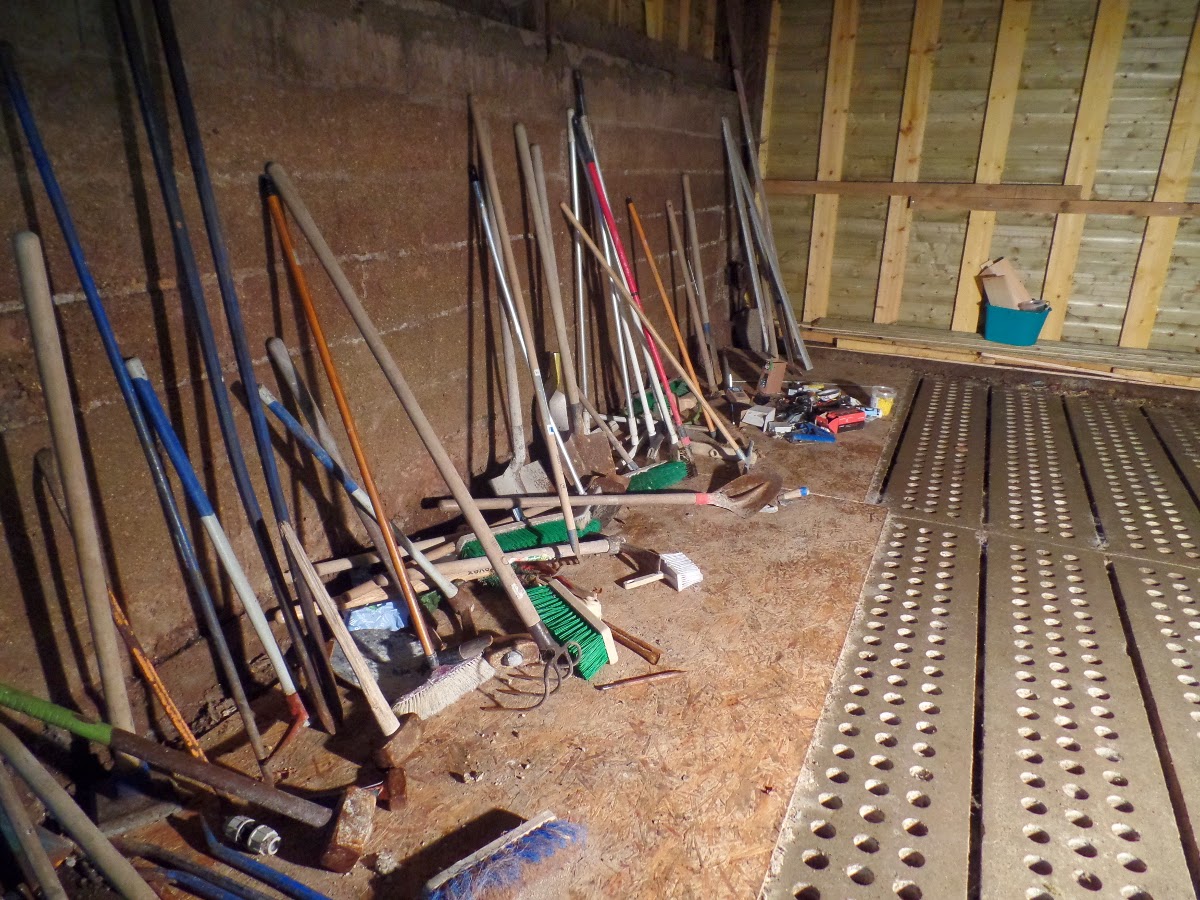 The ladders were great for looking at what's going on in the next bay.

I have been intending to get a jackhammer for some time now.  The rocks in my garden are not small, and some are too heavy for me to lift when I need to move them.  (I have sucesfully managed to roll one into place, but it took a whole afternoon)   Breaking them up with a sledgehammer is hard work and I can't break the biggest ones.

Whilst browsing the January sales in our local DIY shop (Bricoman), I noticed a big (2.2Kwatt) electric jackhammer.   On offer at 215 euros instead of a "normal" price of 520 or so.   I'm always a bit wary of shops claiming to be offering big discounts in the sales, but it looked to be a solid hammer, even if I didn't recognise the brand.   I decided instead to wait until the auction in case there was one there that I could pick up more cheaply.

In the event, the tools on sale at the auction looked a bit sad.  It appeared that the guy running the business would buy a tool, (ab)use it until it broke, then buy another one the same.  The only thing that looked well-cared-for was the shiny Ford 4x4 pickup truck advertising the business.   The tools on sale were of course without guarantee, and it wasn't possible to test them.   None the less, there were a couple of big Makita electric jackhammers there.  Good brand, reliable, and they didn't seem in bad condition.  Probably retail at about 1,000 euros for the smaller one, maybe 1,500 - 2,000 for the bigger one. 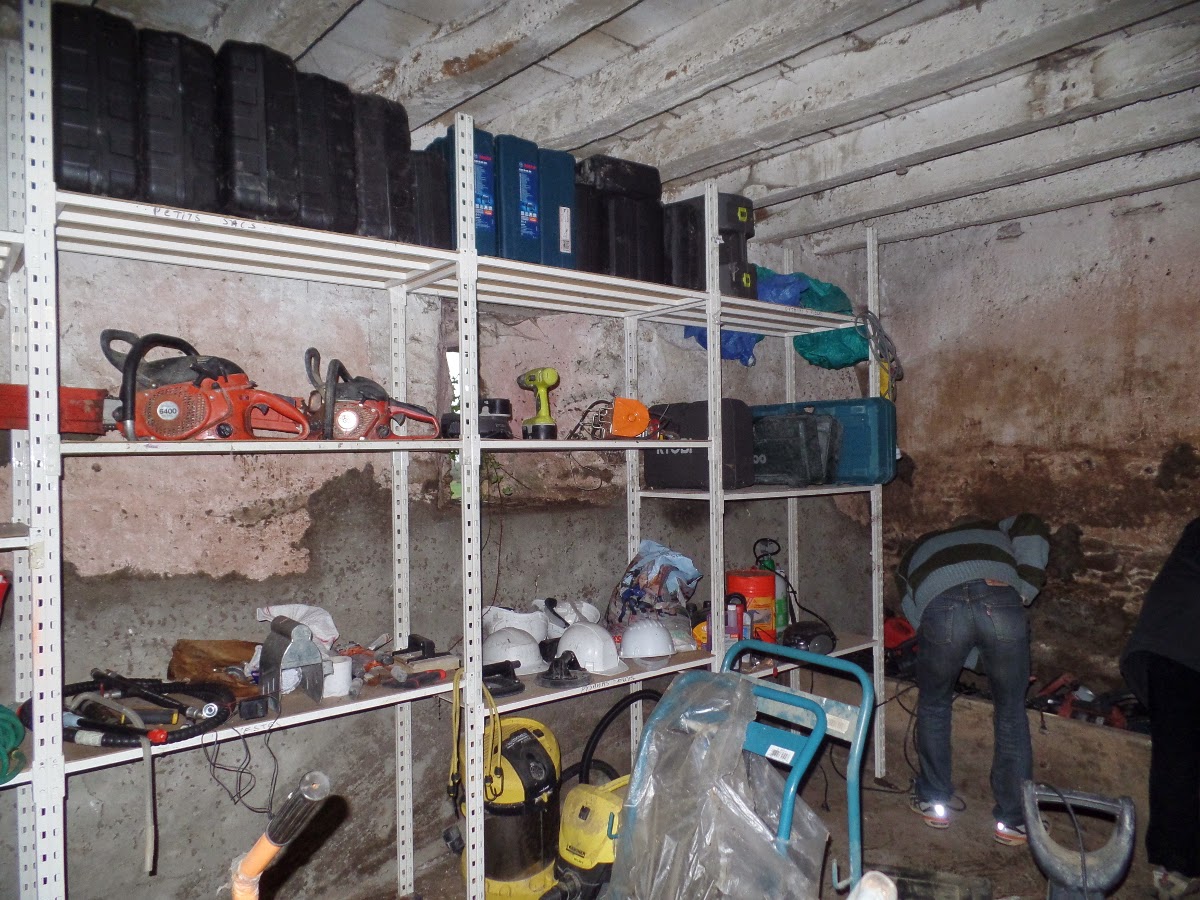 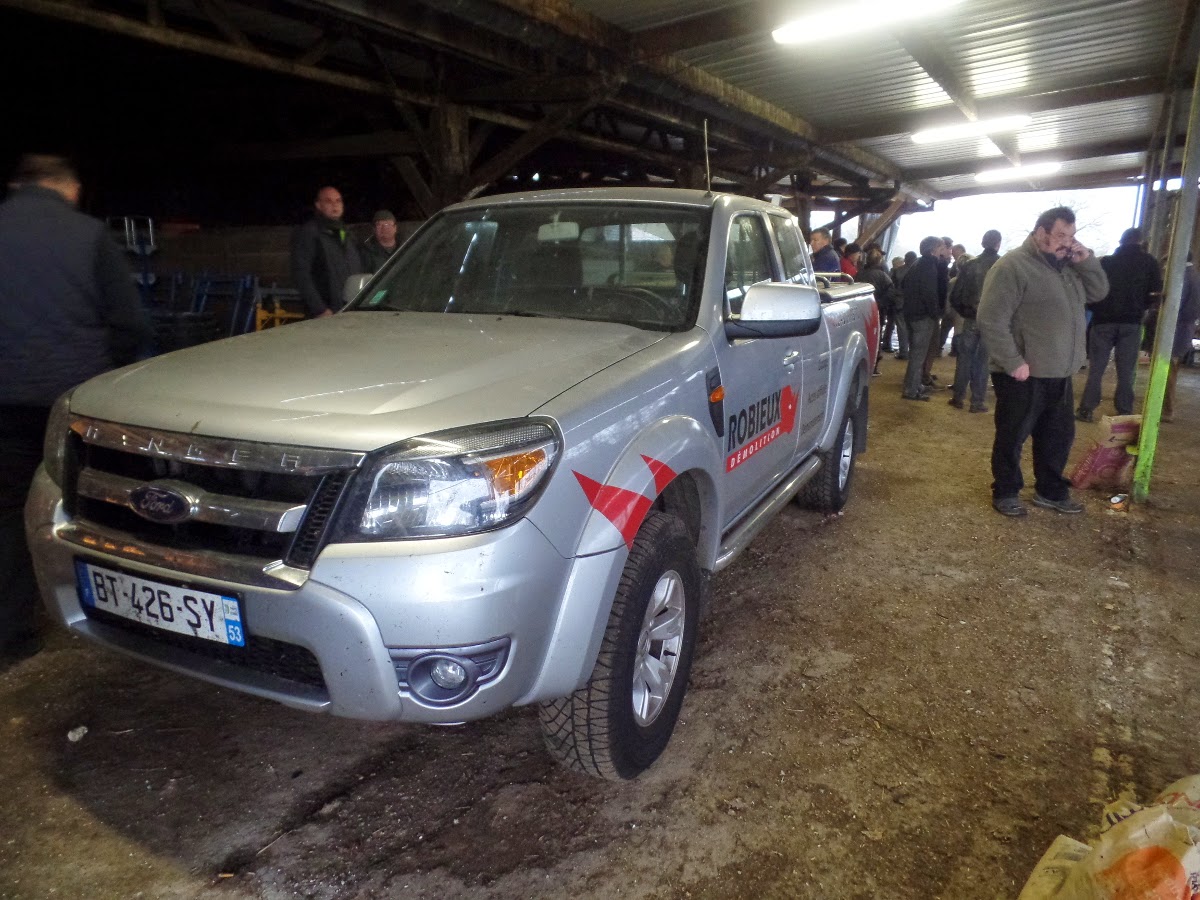 They went for 200 and 300 euros respectively (+35% sale fee and VAT).  No way.  I can see that for a business, maybe it's worth a punt for a tool you'll want to use every day for years, but not for me.  I went back to the shop to buy the sale item.   At least it would be guaranteed to work (and for two years).   There had been three of them there the day before; I had to take the last remaining display model.  I took that to be a good sign; if they were known to be rubbish they wouldn't have sold.   No manuals, but I can look it up on the internet, which I did.   I also discovered its normal price: 990 euros on ebay, though you can find it for 780 or thereabouts.  Good call.  Here's a picture of it: 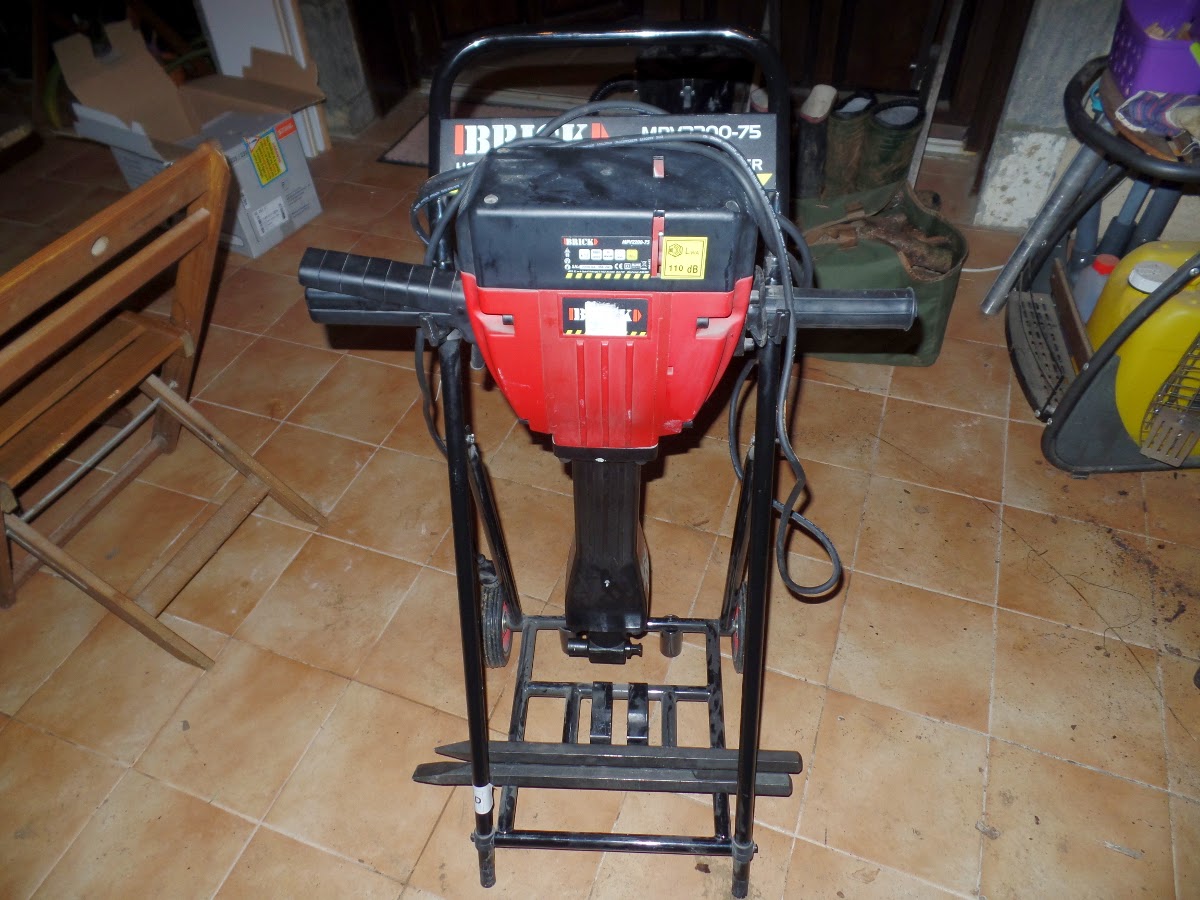 That looks like a handy beast and, as you say, you can look up the manual online.

what is it with people and auctions?

Good thing you have no immediate neighbours [he he].