It was in 2008 that I chose the climbing roses to go on the wall of the lodge.   I chose the variety Ena Harkness, since it is red to match the colour of the woodwork, it is highly scented, which I like, and I could get them cheap.  They started off as very small plants, almost invisible against the wall, but by 2010 they were making a nice display that lasted most of the year. 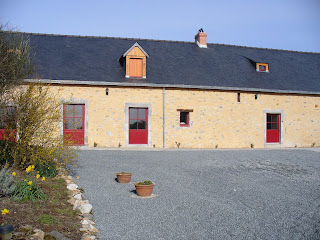 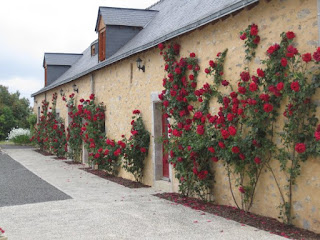 I have pruned them regularly, but the density of the growth is now such that some drastic cutting back is needed.   The photo below shows the before and after states of the roses in the pictures.  (Before to the left, after to the right).  I'm taking out a lot of woody growth, and leaving just a few long shoots that I hope will be vigorous enough to give a display this year.  Fingers crossed. 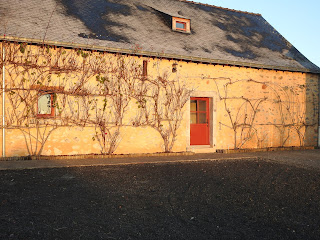 Tip:  When choosing climbing roses to train against your wall, choose thornless ones.

They look lovely to me.