For much of March and early April, the weather here was unseasonably warm, dry and sunny, and news programs were starting to feature gloomy farmers predicting crop failure if the drought continued.  The last four or five weeks have been the wettest since the 1950s, with around twice the average rainfall for the time of year.  I am waiting with bated breath for news programs featuring gloomy farmers predicting crop failure if the deluge continues.

Meanwhile the garden is growing like topsy and it's difficult to keep up with the growth of plants, weeds and the lawn.  The first of the Iris are out though, and here's a few pictures. 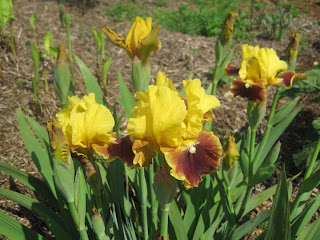 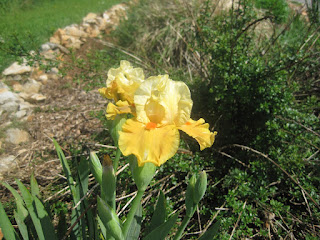 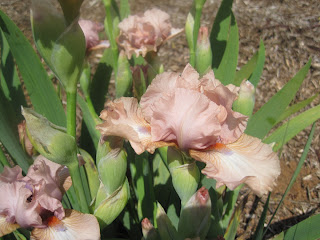 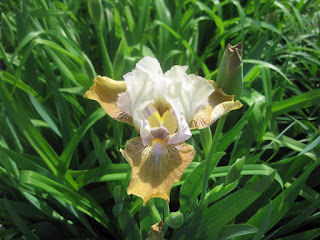 Other news is that the Canna Lillies and Dahlias that I left in the ground over Winter have survived despite the -15°C minimum temperatures. They were protected by a layer of wood shreddings about 6 inches thick, which I guess from the result, must have been enough. I will do that again. We should have had the last of the frosts by now, so the Tomatoes and other tender plants are going outside to their permanent homes.