The first full day we had at Lisbon, we took a short tram ride to see the Belém tower.  This was constructed as a defensive gun emplacement, and ceremonial entrance to Lisbon.   There is much more in the general area than the tower, including museums, a monastery, a monument to Vasco da Gama, and parks.

There was more than we could visit in the time available, and we chose to go into the Belém tower and the monument to Vasco da Gama.   From the top of the monument, you get a spectacular view of the surroundings, and you can better see the ground-level mosaic map of the world showing the da Gama discoveries. 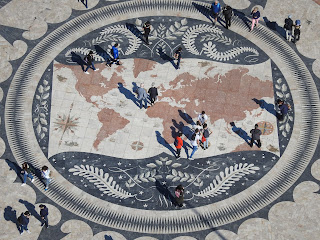 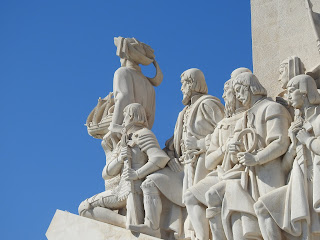 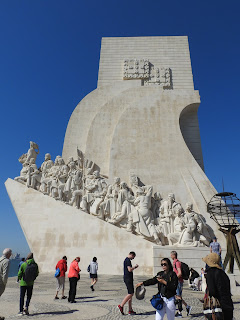 The Belém tower is much smaller, and has lots of twiddly stonework.  I'm guessing that the architect didn't expect too much in the way of hostile returning fire when the tower fired its cannons. 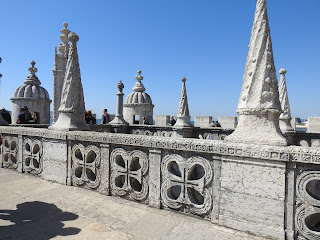 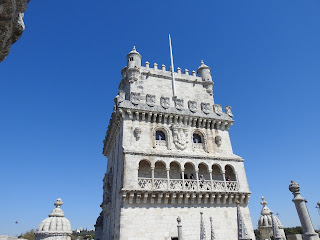 While in the Belém tower, I spotted a rather fast sailing craft on the river.  I assumed it to be a sailboard since it was so fast, but it had no wake.  I managed to get some snaps of it on full zoom and it turns out to be some form of sailing hydrofoil. 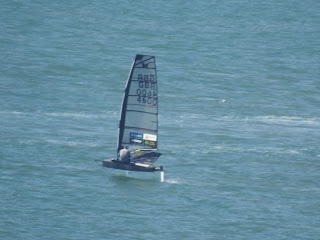 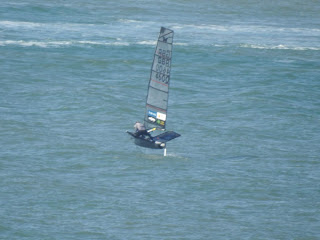 I keep meaning to do a post on the surprising parallels between Lisbon and Liverpool.